EK has already released a full-cover Vector series water block for AMD's new RX 5700 and RX 5700 XT graphics cards, but this time, EK plans to "Bend the Rules" by creating a "Special Edition" design, one which better emulates the look and feel of AMD's reference GPU designs.

For starters, this block features a CNC milled acetal top which features the same curves as AMD's reference Radeon RX 5700 XT, delivering the same "bend" and lined aesthetic. The block also ships with an RGB illuminated Radeon logo, which is powered by a 12v 4-pin RGB connector, which is compatible with most RGB enabled motherboards. At stock, this special edition water block will ship with a CNC machined aluminium backplate, which features a black nickel finish. This aesthetic option offers passive cooling for AMD's VRM circuitry, supplementing the block's existing VRM cooling potential.

EK has stated that water cooling AMD's RX 5700 series graphics cards can enable "10-20% better results" in games or other workloads while overclocking, at least when compared to AMD's reference design. 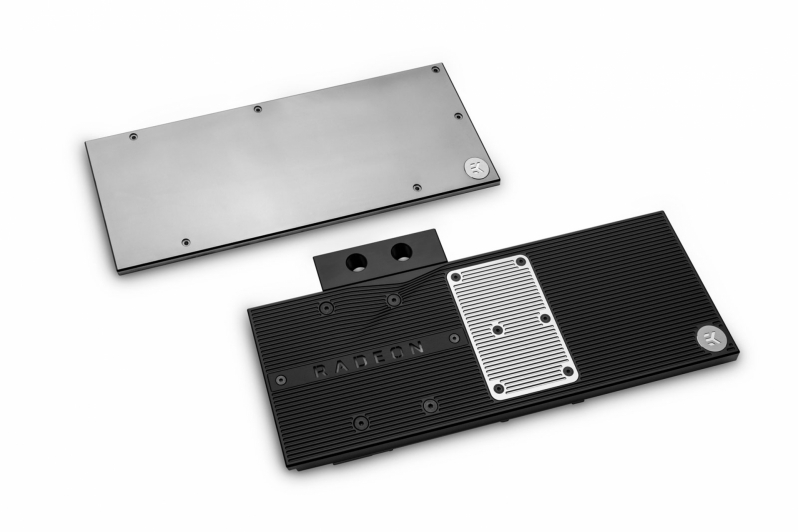 EK plans to release their Vector series RX 5700+ XT Special Edition water block on July 29th, though pre-orders are currently available on the company's official website. below is the company's European pricing, which includes VAT.

You can join the discussion on EK's reference-style RX 5700 +XT Special Edition RGB water block on the OC3D Forums.

Avet
It is nice how AMD has only single slot connectors. When you put water block on it it looks so sleek. And on Nvidia cards you have that stupid DP port sticking out. I have a desire to cut it out just to have a single slot card with a water block.Quote

Warchild
Quote:
Was about to ask what the hell you are talking about. So I looked at the 2080ti to see what you mean. Luckily with the 1080ti founders you can go single slot, and you are right. It does look nice. I had to do it for mine.

Giggyolly
Nice design, but EK need to do some more budget friendly options, considering this is at best a mid-range card.Quote

WYP
Quote:
They are trying that with those cheaper Aluminium blocks, but they are not as well supported as their proper lineup.