This block design will allow Titan V users to finally have non-reference cooling on Nvidia's most powerful GPU, potentially allowing users to overclock the GPU's 5120 CUDA cores to offer insane levels of performance, or just let this graphics card to operate silently at all times.

The block itself will be available with clear acrylic, and black POM acetal variants, both of which use a Nickel plated copper block. Custom backplates are also available for this GPU in Nickel and Black varieties, though EK's backplate designs are only available for pre-order at this time.

One other neat addition that EK has brought to the table is their single-slot I/O bracket, which allows this graphics card to become a single-slot performance powerhouse, creating space for other add-in cards or just to improve the Titan V's visual appeal. 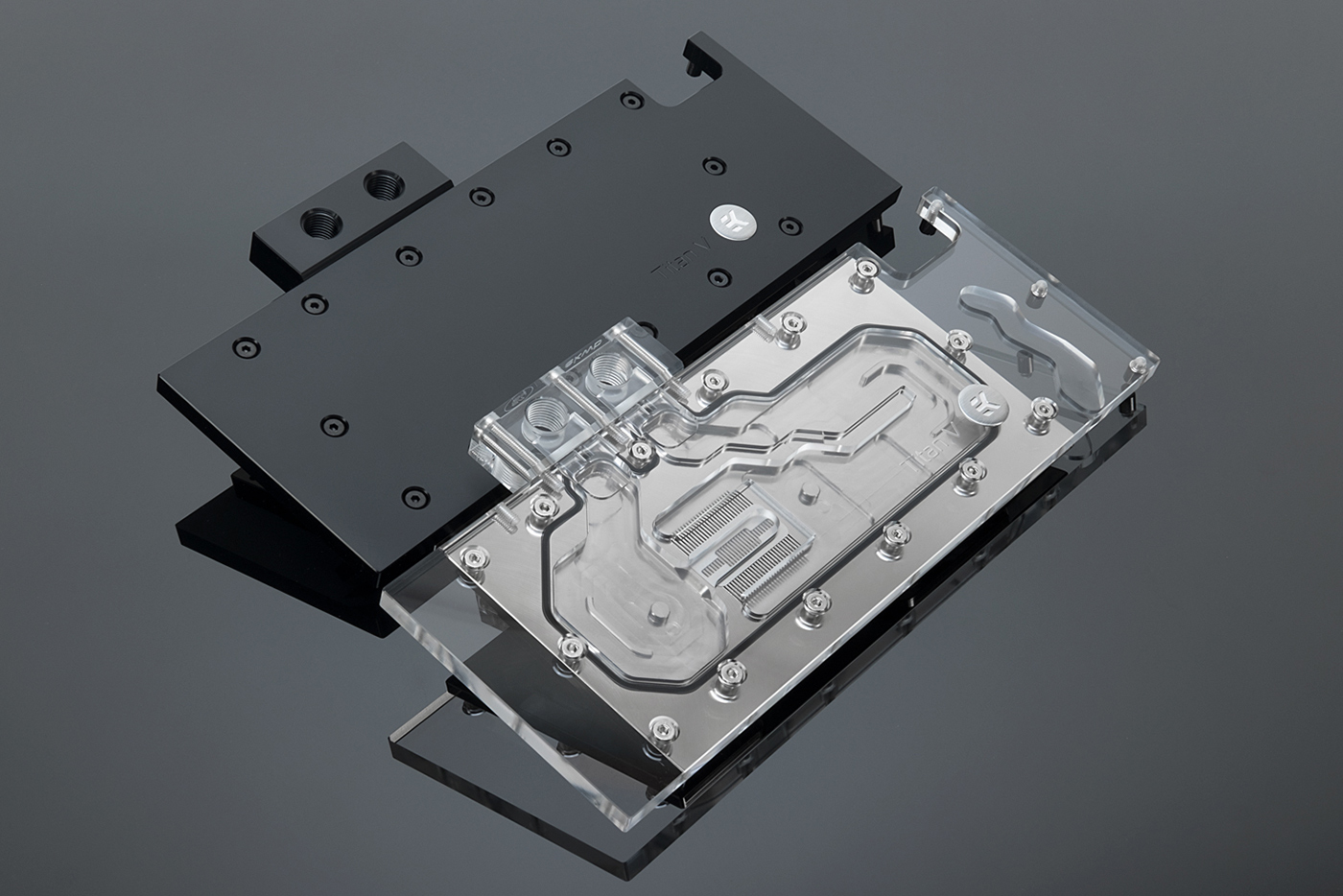 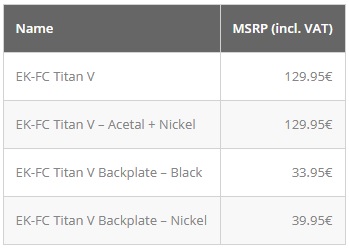 EK's new EK-FC Titan V water block is now available to purchase for €129.95, though the Black/Nickel water blocks are currently only available for pre-order with shipping dates of February 27th and March 5th respectively from the EK web store.

You can join the discussion on EK's Titan V water block on the OC3D Forums.

NeverBackDown
I bet kaap already has 4

The_Governour
I wonder if there is any deserved performance gains under water or not.Quote

AlienALX
Quote:
Yeah there totally will be. Loads, IMO.

My XP is hot enough and boosts to 2100-2150 solid under water. You would never ever get that sort of cooling out of a FE cooler. Maybe 1900 if you were lucky, and you would have to put up with all sorts of noise.

FE cooler is fine for benching and having some fun with, but not for prolonged gaming sessions. It's fine on the 1080 and below, but once it got to the Ti it started to creak a little.Quote

The_Governour
I have a 1080ti under water and it gets a bit better but not a lot. Had AMP extreme before.Quote

AlienALX
Quote:
Huge triple slot card vs FE. I am not surprised you didn't gain much. Things like the Strix, and that AMP are hardly worth water cooling unless you want the drop in sound.

As I say, the FE cooler was fine until the Ti. Then it became to struggle and you lose 15% in clocks and performance unless you slap it under water and let it do a full boost.Quote
Reply