EK Water Blocks has been taking part in Nvidia's "Countdown" marketing campaign, and there is some golden nuggets of information hidden within their comments section of their Facebook page.

When asked if they will have RTX 3000 series water blocks ready for launch day, EK has confirmed that "we'll have some things ready at or close to launch". EK also stated to other users that Nvidia's next-generation products will "definately get EK blocks".

EK's claims suggest that the company already has early access to information about Nvidia's RTX 30 series of graphics cards, allowing them to create new water blocks in time for launch day. Nvidia's Geforce Facebook account has also commented on EK's Facebook posts, suggesting that the marketing teams of both companies are collaborating. 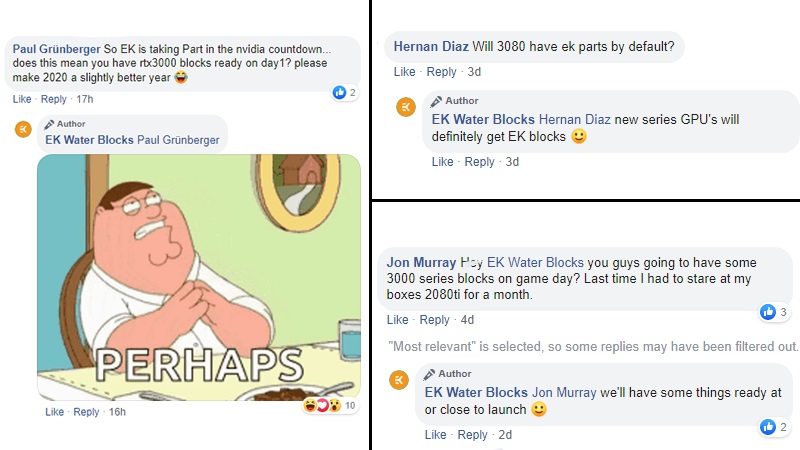 You can join the discussion on EK's planned RTX 30 series water blocks on the OC3D Forums.