Don't worry, there's a fix for that.

It is not uncommon for the PCBs of motherboards and graphics cards to change over time, with AIB partners making subtle changes to their manufacturing process over time to make their products easier to produce, more reliable out of the factory or more affordable.

These changes are not a problem for most people, but in the world of 3rd party graphics card coolers, even the smallest of changes can have a profound impact, as EK has discussed in their latest "Did you know" blog post.

Thankfully, this issue has not entirely broken EK's compatibility with ASUS' ROG Strix RTX 2080 Ti graphics card, as the GPU's basic PCB layout remains unchanged, but users of EK's water block will have to unscrew several stand-offs to rectify potential water block contact issues and the poor thermal performance that this causes.

These stand-offs can be screwed off using a pair of flat nose pliers by twisting them counter clockwise. After this minor change, EK's water block will become fully compatible with all known RTX 2080 Ti Strix models, with EK confirming that the removal of these stand-offs has no impact on the block's water cooling performance.

We will note that ASUS has not made a "Silent PCB Change" as other PC news outlets have reported. ASUS' ROG Strix PCB design is the same as before, but the introduction of glue within their manufacturing process was enough to break compatibility with EK's custom water blocks. Even so, their change was minor enough that the issue could be easily rectified, which means that EK doesn't have to make a new revision of their RTX 2080 Ti Strix water block to address this issue. 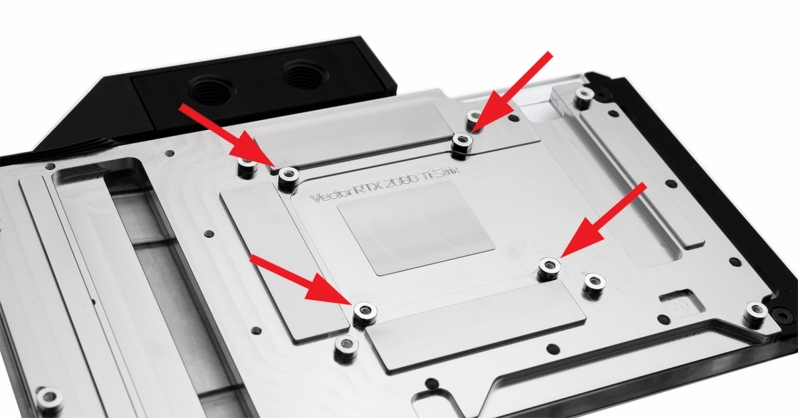 You can join the discussion on EK's compatibility issues with ASUS' ROG Strix RTX 2080 Ti graphics card on the OC3D Forums.