Turn your Radeon VII into a single-slot water-cooled monster

EK is easily the biggest name in the world of PC water cooling, especially within the European continent. If you need to place your latest graphics card under water, more often than not, EK will be your first port of call.

AMD's Radeon VII has been out for a while now, and retail stocks in the UK can now be described as plentiful, with most PC components retailers selling their cards at AMD's MSRP pricing. This is excellent news for professional users and gamers alike, with the Radeon VII's 16GB frame buffer being uniquely suited to some high-end workloads.

Now, EK's Vector series Radeon VII water block is now available, offering full-cover liquid cooling with addressable RGB lighting, a copper-based cooling plate and a large cooling engine which is designed to cool both the Radeon VII's HBM2 memory and the VII's GPU core directly. EK has also bundled their water block with a bracket which allows the Radeon VII to be mounted as a single-slot graphics card when liquid cooled. 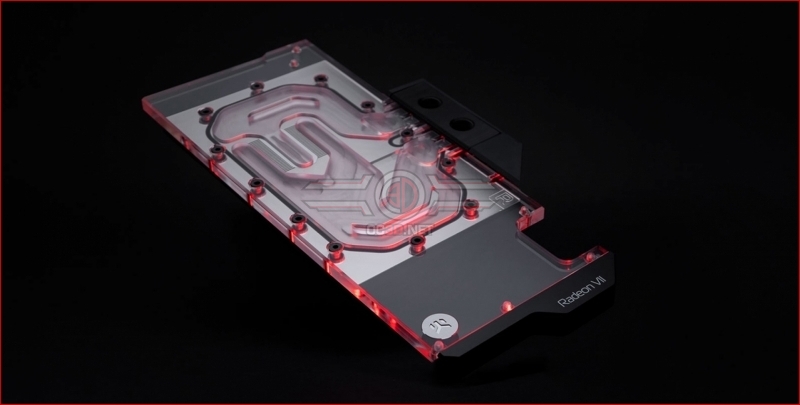 EK's Vector series Radeon VII water block is available in four forms, with Copper and Nickel Plated Copper block options as well as options for a clear acrylic or a black Acetal top. Black and Nickel plated backplates are also available for the GPU. Pricing information for these components is available below. 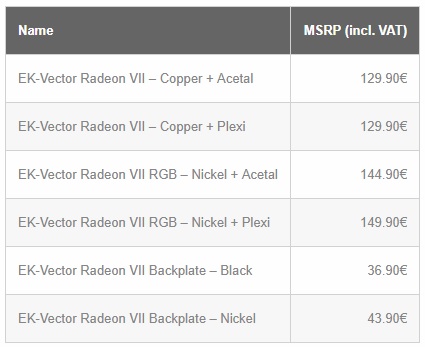 You can join the discussion on EK's Vector series Radeon VII water block on the OC3D Forums.