Nvidia's RTX 2070 Super has been launched, but there are a few questions that remain unanswered, such as water block support for the company's Super series graphics cards.

With the RTX 2070 Super, EK has listed the graphics card's PCB ad an "Nvidia Reference PCB Design" that has been "checked by EK", with their water cooling configurator stating that the company's existing RTX 2080 Founders Edition water block (pictured below) will support the company's RTX 2070 Super. 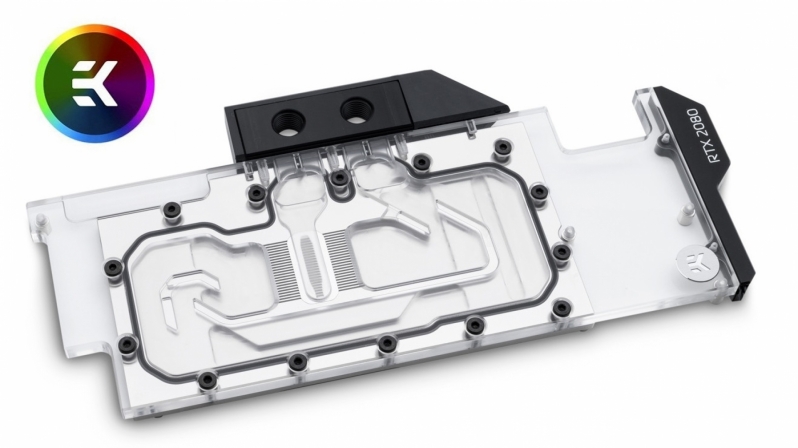 So what does this mean? It means that water blocks which support Nvidia's Reference/Founders Edition RTX 2080 PCB will also support the RTX 2070 Super, which is great news for both EK and their customers, as it means that compatible water blocks will be available for the graphics card from day 1.

You can join the discussion on EK's confirmation that their RTX 2080 Founders Edition water clock supports Nvidia's RTX 2070 Super on the OC3D Forums.