The resolution of this VR headset is insane

The Russian startup DEUS has unveiled their first SteamVR headset, which hopes to release with high-resolution screens and a tracking system that can cover areas larger than Valve's SteamVR lighthouse system.

The ODEN VR headset will offer users two 2160x2160 screens, delivering a combined resolution of 4320x2160 and a 110-degree field of view, representing a resolution boost of almost 7.2x over the HTC Vive and a 2x resolution boost over the HTC Vive Pro. On top of that, DEUS' laser-based 'Horus' stations are said to offer wider angle projections than Valve's Lighthouse system, offering a maximum tracking area of 200 square meters, supporting more base stations to cover larger areas.

In February DEUS plans to release their ODEN Pre headset, offering developers a 3DoF (degrees of freedom) controller. This model will cost an estimated $1100 and is intended for developers and business users. A refined consumer version of the headset will release in SUmmer 2019 with 6DoF controllers, offering enhanced tracking and an Oculus-style appearance.

The ODEN is also the first VR headset that will use VirtualLink's USB-C cable standard for headset connectivity, though at this time it is unknown whether or not end users will have the option to use other display standards for connectivity, either through an adapter or otherwise. 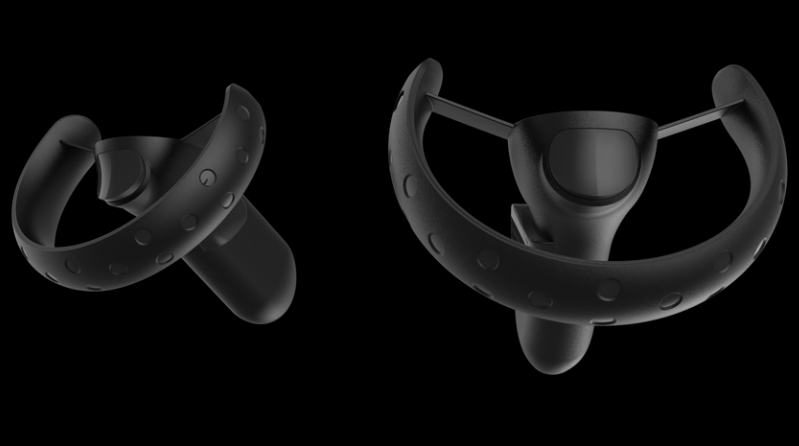 With the Horus headset being SteamVR compatible, the headset should be able to function with all of Steam's VR games right out of the box, though games with motion controls will require the headset's 6DoF controllers, making the Pre model difficult for gamers to use.

You can join the discussion on Deus' 4K Odin SteamVR Headset on the OC3D Forums.

Warchild
So far the only good one I have seen which trumps Rift and Vive etc on clearness is the Pimax 5k+ and 8k.

To me the best VR test for clarity and resolution etc is Elite dangerous, as the common problem right now is reading text while sat in the cockpit. Even the Vive Pro didnt help that much.

Pimax 5k+ was almost crystal clear, but the headset itself looks terrible and not very comfortable. Lets hope this one will be the new king of the hill. Certainly looks decent.Quote

Dicehunter
Pretty cool but I'm not investing in VR again until there is true 4K per eye.Quote

Warchild
Quote:
Look at Pimax 5k+ and 8k then. I think it can piggy back on the Vive and Occulus sensors too. But considering the resolution on these and gives a 2080 a hard time, I assume either its software issues, or VR is pushing beyond what the cards can provide.

Interesting thing is that previewers and reviewers are all recommending the 5k+ over the 8k.Quote

Emu
As a former Rift owner (I didn't get to use it much and my brother wanted one), the biggest thing for VR in my opinion is the field of view. The game I liked playing most in VR was Subnautica as the headset felt like it was part of the game - i.e. it felt like I was wearing a scuba mask due to the lower FoV.

The ideal VR headset would have a combined 200 degrees of horizontal view (around 125 degrees per eye as the FoV for each eye overlaps around 75 degrees into the FoV of the other eye) and around a FoV of around 130 degrees vertically. This would cover the entire range of vision for most people with a bit extra to prevent a sudden border. Such a wide FoV would really require the use of eye tracking and foveated rendering to reduce the load on the GPU though.Quote
Reply