Eidos-Montreal have announced that Deus Ex: Mankind Divided will support both DirectX 12 and TressFX 3.0 in the developers new Dawn Engine, which is specifically developed to take advantage of the hardware inside modern consoles and PCs.

The Game will also be a part of AMD's Gaming Evolved Program, meaning that the game may be taking advantage of other AMD branded features like TressFX.

“For 15 years, Deus Ex has been a point of conversation across the games industry and beyond, whether the topic is the franchise’s unique gameplay or topical narrative focused on advanced biotechnology and human augmentation. What began with Deus Ex: Human Revolution goes to a whole new level in Deus Ex: Mankind Divided, diving even deeper into this discussion and, in turn, offering fans an all-encompassing experience, one which will challenge their skills as players and emphasize decision-making based on real world topics.”

The game will be set 2 years after the events of Deus Ex: Human Revolution, in a world where a huge divide has been made between augmented and unaugmented humans. You will again be reprising the role of Adam Jenson, the super augmented former chief of biotech company security who will fight against terrorist and the Illuminati.

“Deus Ex: Mankind Divided takes place in 2029, two years after the events of Human Revolution and the infamous ‘Aug Incident’ in Panchaea that resulted in the death of millions at the hands of those who had installed augmentations. This event has created a huge divide between those who have augmentations, and those who do not. Amongst this emotional turmoil are various factions looking to manipulate the public by twisting public opinion of augmentation to further their own agenda and hide the truth of what really happened.

Deus Ex: Mankind Divided also continues the story of Adam Jensen, a former biotech company security chief turned super-augmented, anti-terrorist agent playing by his own rules. Jensen has been empowered with all new augmentations, enabling him and the player a greater sense of self-control as they explore all new locations in-game. As social and political tensions reach a major turning point, Jensen and conspiracies surrounding the Illuminati continue toward an inevitable crossroads … and possibly, an epic showdown.” 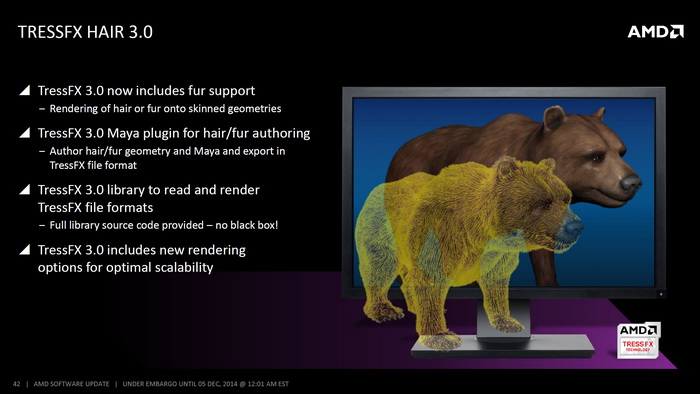 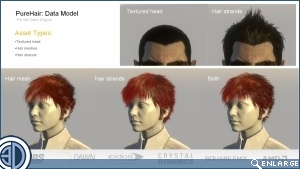 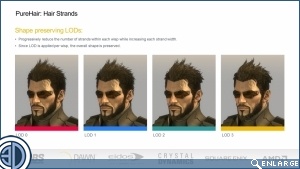 TressFX 3.0 promised not to be as demanding as the original implementation of TressFX used in Tomb Raider and will be able to be used in things like animal Fur as well as hair. TressFX will also be completely open to developers, unlike Nvidia's Black box solution GameWorks, which is open to very few developers.

Deus Ex: Mankind Divided has not got a set release date yet, but it will undoubtedly be one a very highly anticipated release given the success of it's predecessor Human Revolution, though the Deus Ex name does not mean success, given recent failures like the mobile app, now PC port Deus Ex: The Fall.

You can join the discussion on Deux Ex: Mankind Divided on the OC3D Forums.