We all know the some people love to live large, and it is no different when it comes to PCs. Plenty of people love to game or even program on large displays, be it on TVs or several of the large monitors that are currently available online.

4K has been an a very strange position in the market, with most current 4K monitor offerings coming in a 28" or even 24", often making text hard to read without proper display scaling and making the extra detail gained from the higher resolution much more difficult to see with such a high DPI.

A 4K display at 40 inches, or in this case 43", offers DPI that is very similar to that of a 27" 1440p display, effectively giving a large workspace and a large working area, making large 4K displays attractive to a lot of heavy PC users.

Up until now not many companies have offered 4K resolutions in larger sizes outside of the TV market, with most 4K 40" monitors coming from Korea. Now Dell has decided to join this new craze and create their own 4K 43" monitor with their InfinityEdge P4317Q. 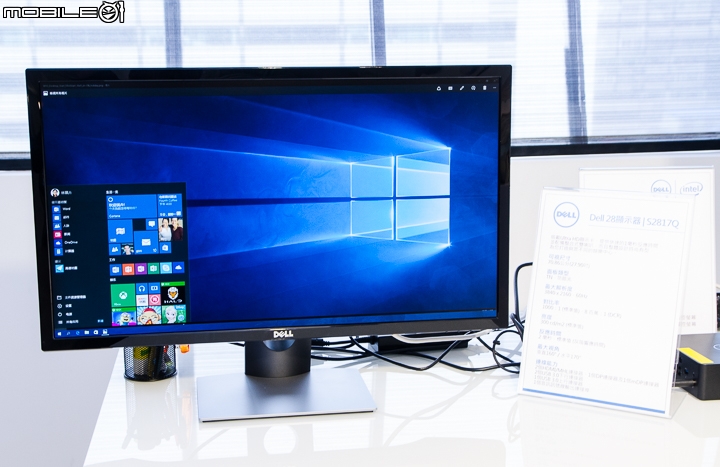 This monitor has 4 total display inputs, two HDMI 2.0, a single DisplayPort 1.2 and a single mini-DisplayPort connection. This monitor also has a 3 port USB 3.0 hub and is thought to have a refresh rate of 60Hz.

This monitor will not have the high colour accuracy of Dell U-series Ultrasharp line, with the display type of this monitor being currently unknown. 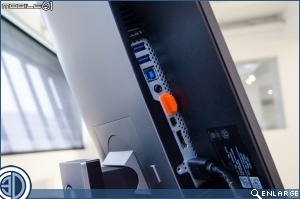 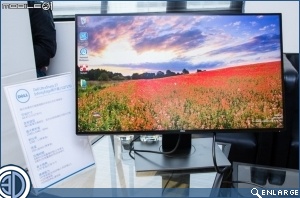 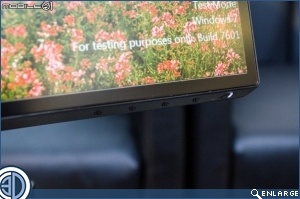 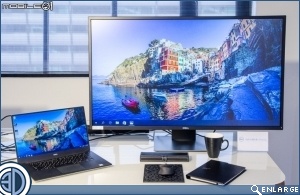 This 4K 43" monitor will come with a fully adjustable VESA stand, allowing this monster of a monitor to be used in both a portrait and a landscape configuration.

Right now the release date and price of this monitor is unknown.

Dell has showcased their new 43inch P4317Q 4K Monitor. Would you use monitor this large?https://t.co/TZljz4wQwD pic.twitter.com/3UosYJu42b

Daiyus
I really hope this comes with Freesync and/or Gsync. I've been thinking about swapping my TV out for a decent monitor for a while but there's nothing big enough with the right technology.

All the big screens are 4K, which practically NEEDS variable sync to play games on as no single GPU can hold a stable 60Hz at High/Ultra, yet.Quote

GiantKiwi
Quote:
I think you've missed the point slightly, this most definitely won't have either as its a monitor aimed at the professional/business market.Quote

Daiyus
Quote:
While I definitely agree with your point I can't help but feel sad. Will nobody ever realise there's a market for larger panels with technology that's becoming for granted in the smaller sizes?

I really wish Freesync would become a mandatory part of the DisplayPort standard.Quote

war-dog
Thanks to Nvidia, I have terrible screen tearing with my 1440 monitor, no need to waste money on a 4k monitor...Quote

jimma47
There's a nice Phillips 40" that's been on the market a year or two and there's definitely a market for it.

40" isn't that big. I bought a 42" plasma about ten years ago and we moved all the furniture back against the wall as it was overbearing. Now we look at the 40" and think man that's tiny that should go in the bedroom.

4K 43" probably isn't targeting gamers so yeah it's a pretty nice panel. I also agree it would be nice if freesync was mandatory but Nvidia would probably sue for anti competitiveness.Quote
Reply