Ready to snag an RX 580 8GB at rock bottom prices?

If you missed out on those Black Friday deals but still have an upgrade itch, Overclockers UK may have a great deal for you, offering Powercolor's RX 580 Red Dragon V2 for £169.99.

Normally, this graphics card would cost around £200, offering 8GB of VRAM and the RX 580's full allotment of stream processors, totalling 2304 in all. This ain't no cut-down model, the Red Dragon is the real deal, making this unit's price tag all the more tantalising.

Thanks to AMD's latest Raise the Game software bundle, purchasers of this graphics card will also receive free copies of two of the following three games, Resident Evil 2 (Remake), Devil May Cry 5 and The Division 2, adding a lot more value to this already inexpensive graphics card. 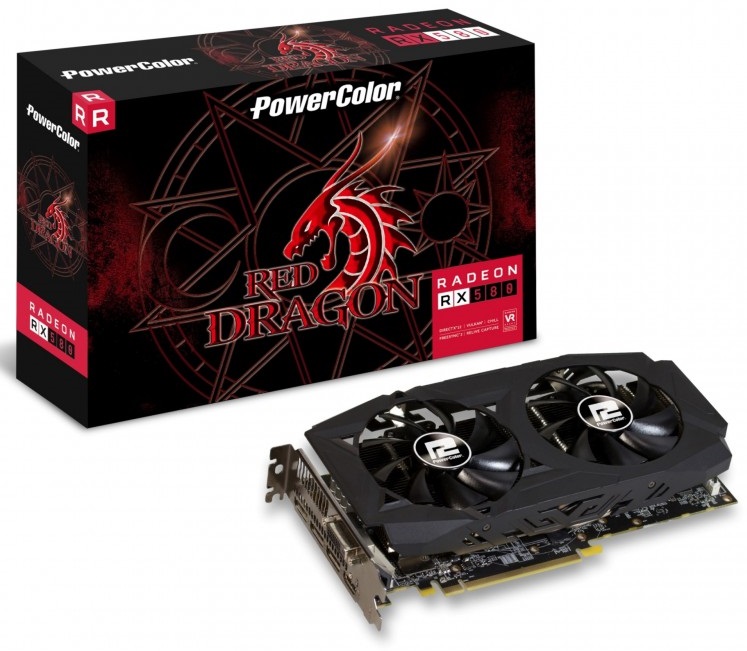 While AMD's RX 580 graphics card can be considered old by today's standards, its performance remains impressive, acting as an ideal graphics card for 1080p gaming while offering the ability to stretch to 1440p in many modern releases, even 4K for many free-to-play games. As far as budget graphics cards go, it's hard to beat the RX 580 8GB at this price. AMD's offer of free games only offers some extra icing to this already tasty cake.

AlienALX
Yeah that's cheap. I got my friend's kid a 580 4gb for £95 (Sapphire Pulse) and I thought we did very well. Nice to see GPUs cost what they should again.Quote

russler
I built my friends pc with that card and temps and noise are good for a budget card.Quote
Reply