Over the weekend it was announced that Call of Duty black Ops 3 will take up 60GB of storage space on PC in their updated system requirements.

Sadly no recommended system requirements have been provided for the game, which is pretty late for a game which is due to launch on Friday. Let's hope that this doesn't mean that we have a bad PC port incoming, especially after all of Treyarch's promises for the PC version. 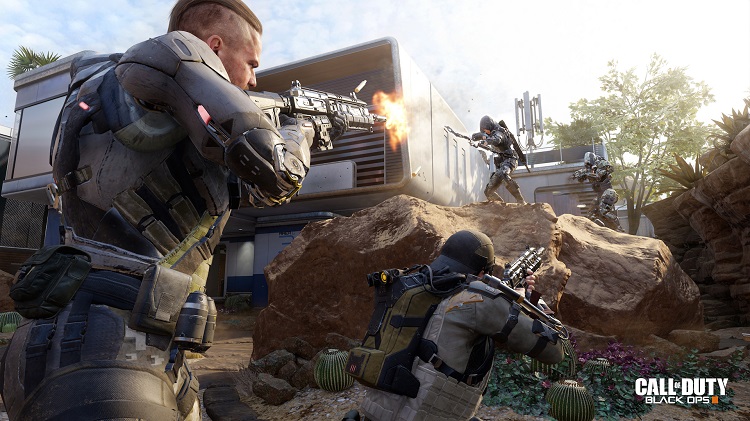 PC Features for Call of Duty Black Ops 3 and it's minimum PC specifications have been revealed, with Split Screen Co-op on PC, an FOV Slider and the promise of strong CF and SLI performance.

Black Ops 3 PC features will include:

We also have the game’s minimum system requirements, which are not overly high for a modern game.

Hopefully this refocus on PC and designing integrating 4 player co-op into Call of Duty's campaign will help this game become fun again for the many people who have grown tired of the traditional Call of Duty Formula.

It is a real shame that the last generation version of the game looks like a blatant cash in, being cut down to the point that it functions and then charging full price for the privilege.

You can join the discussion on Call of Duty: Black Ops 3's storage requirements on the OC3D Forums.

RandomBadger
If anyone actually buys that rubbish lol COD died many years ago imo.Quote

WYP
Quote:
The co-op campaign has me interested, but I'm not sold.Quote

shambles1980
ppl will buy it mainly consoles but it will sell hand over fist. always does like ass crudd.. i dont comprehend it my self but hey if it sells it sells.Quote
Reply