Britain has been officially removed from Euro Truck Simulator

This is a work of satire

After the results of yesterday's referendum Britain has officially asked to be removed from Euro Truck Simulator.  Since the announcements SCS Software, the developers of Euro Truck Simulator 2 quickly issued a patch a day 1 patch, denying virtual European truckers access to the country.

In a statement from the SCS Software the game's lead designer, James Oak, said that the company believed that it would be "dishonest to the game's subject matter" to keeping Britain, a country that is now leaving the EU, inside the European cargo haulage simulator.

James Oak later stated that the company did plan to include Britain in a new iteration of the game that is currently under the working title "British" Truck Simulator, with plans to bring VR support to the series as well as improved "rain physics" and enhanced "Left hand Drive" mechanics. 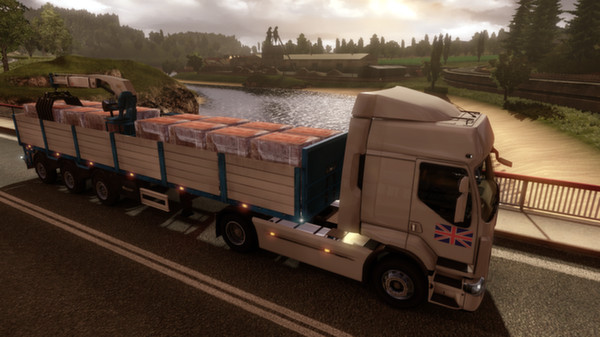 Right now Euro Truck Simulator 2 is available to purchase on Steam at 70% off the typical retail price.

You can join the discussion on Britain's removal from Euro Truck Simulator on the OC3D Forums.

Britain has been officially removed from Euro Truck Simulator.https://t.co/ATbY1Yb1qP pic.twitter.com/zinmVW0hwd

tolagarf
Wow that is bs! Did SCS perhaps ever consider that "Euro" also stands for Europe and Britain is still located in Europe? People paid for a game that provided access to this content and they just remove it lol?

tolagarf
Quote:
Well I didn't see that image anywhere, it was well hidden or the article just didn't link to the original one. It seems the news poster here got caught by the same trap

GiantKiwi
Quote:
This **IS** the original article, that image is just a screenshot of the article title and subtitle with the subtitle highlighted in a red box.Quote