Results that are better than overclocking

AMD's graphics cards have responded well to BIOS tweaking, finding its origins before the release of AMD's GCN architecture. Over time Radeon users have been able to unlock more GPU cores, overcome power limits and, in the case of early RX 480 cards, unlock an extra 4GB of VRAM.

Wccftech's Keith May has asked this question. What happens when you place an RX 5700 XT's BIOS into a Radeon RX 5700? The answer, as it turns out, is increased clock speeds, higher power limits and increased overclocking potential. Not bad for a BIOS flash.

We will not go deeply into the methodology behind BIOS flashing here, but leave that the Keith article here. Below is one of the many performance charts that have been created to showcase the benefits of BIOS flashing AMD's reference RX 5700 graphics card. 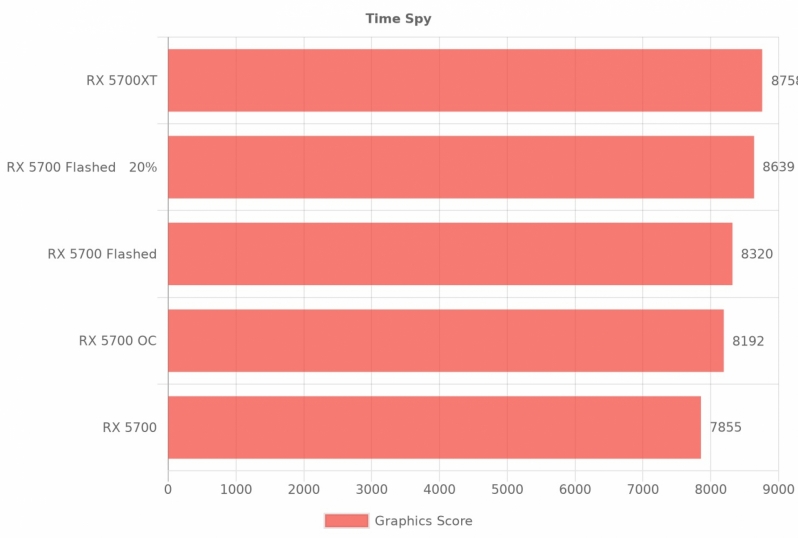 You can join the discussion on BIOS flashing AMD's Radeon RX 5700 BIOS on the OC3D Forums.

NeverBackDown
Not surprising since AMD lock the ceiling on clocks and power consumption for the card?