One of the most interesting features by far in my eyes is the "300W TDP" mode which gets past the usual 275W (250W + 25W (10%)) limit on the GTX Titan X, which should allow for further overclocking of this GPU.

There is one question however that I have about this GPU, is this real or an elaborate fake? 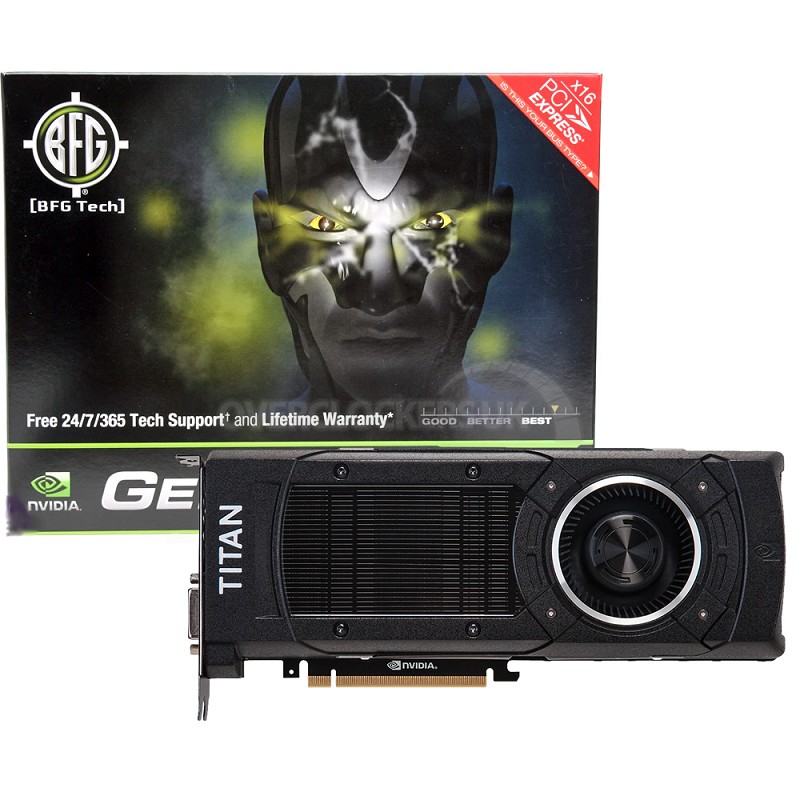 Not only does this BFG Edition feature twice the VRAM, it also has the compute side fully functional and comes with a truly insane overclock out of the box along with a special 300W OC mode. 4k, 5k, 8k or even 12k gaming is possible on this powerhouse, though we do advice a minimum of two in SLI for above 4k gaming. Of course for the ultimate experience 4-way SLI is the way the forward.

Once we have finalised delivery ETA and firm price, we shall add an order button, alternatively you can register your interest by dropping us a webnote. Please only contact us via webnote on this product as our telephone sales team are not in the loop on this product and we have only one person within OcUK who is dealing with these enquiries."

"OcUK is also trying to team-up with Valve to also include the latest Half Life 3 should it ever be released!"

The question is whether or not this has been done, as we can see on the site we cannot pre-order the GPU right now, combine that with the fact the BFG is a GPU manufacturer that is long dead, the fact that they have mentioned "Half Life 3" in the product description and the fact that the ETA on this GPU is 01/04/14 (April Fools Day), I think it is safe to say that this GPU is Fake.

Hats off to the Guys at Overclockers UK for this rather early April Fools joke, it certainly put a smile on my face and hopefully yours.

Special thanks to Barnsley on the OC3D Forums for posting this to the Quick News thread.

garih
erm, i thought everyone was already saying that the standard 12gb was way more than needed anyway?Quote

SynthaxBE
i tought this was an early 1st of aprilQuote

clone38
Can it run minecraft :PQuote

tolagarf
Ehm.. I was under the impression that BFG shut down a long time ago? Anyway I haven't seen that particular brand being sold in most of EU for a long long time.Quote
Reply