The GTX 780 TI Matrix was released earlier this year and seems to be hitting the shelves now. This top of the range card packed a unique cooler, interesting features and great performance. We found the performance to be at the top of the leaderboards, even against some high end competitors, and also extra performance isn't something we always expect on graphics cards since the majority are limited by the GPU core itself. However, the 780Ti Platinum cost around £620 which is a lot of money when some of the reference design cards are as low as £530.

Asus have now announced the latest in their range of ROG cards; the Striker GTX 760 Platinum. As you'd expect, this 760 variant of the 780Ti Platinum packs all the great features that we saw on 780Ti, just at a lower price point. 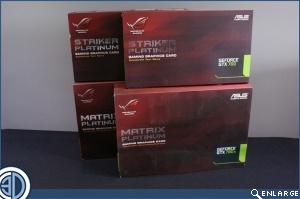 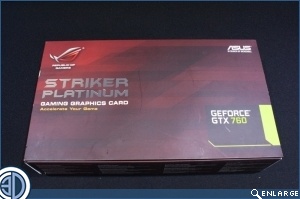 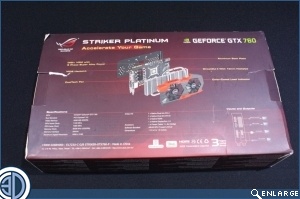 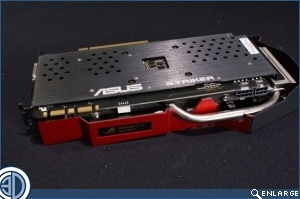 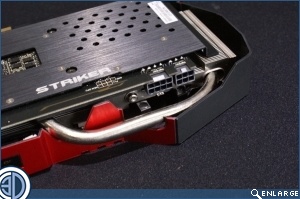 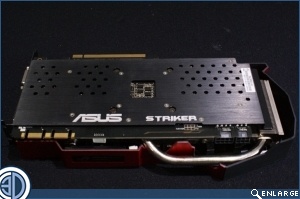 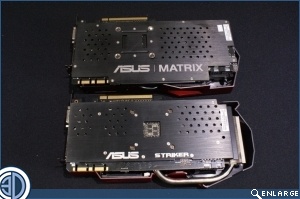 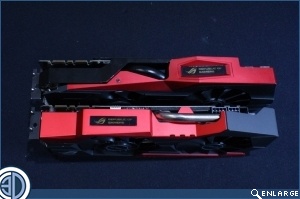 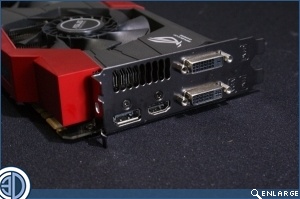 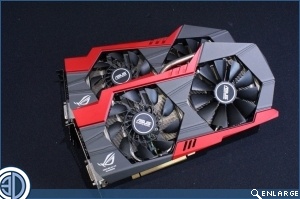 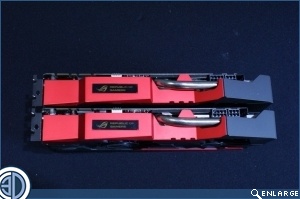 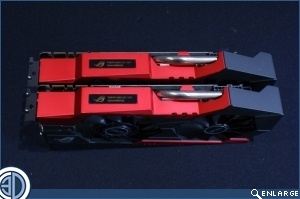 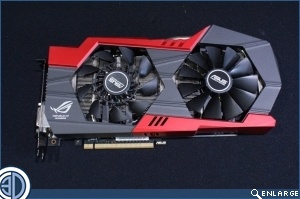 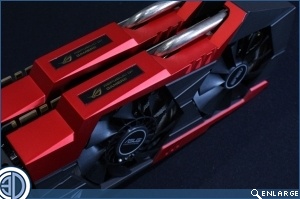 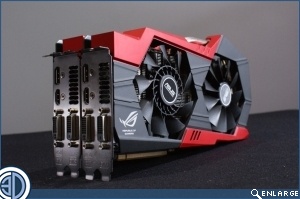 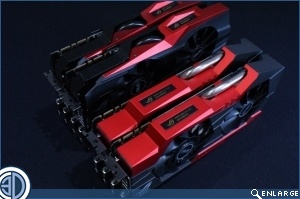 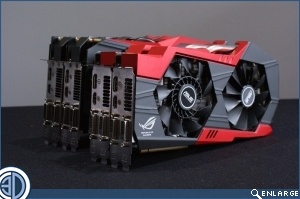 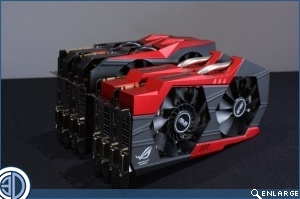 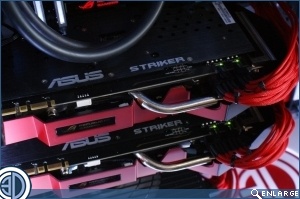 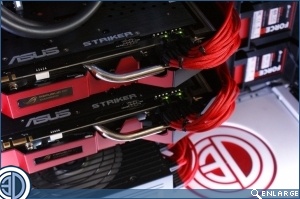 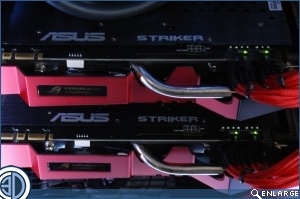 The Striker 760 Platinum comes with 4GB of vRAM, which we have seen on other non-reference cards such as EVGA's ACX 760. The Striker comes clocked at 6008MHz on the memory. Asus do claim this card has hand-picked memory modules, so we should expect to be able to push a little more out of the memory.

The GPU core of the Striker 760 is also hand-picked with a boost clock of 1150MHz. The reference design 760 comes clocked at 1033MHz, meaning you'll get an extra 117MHz out of the box from the Striker. Again, with the core being hand-picked by Asus, and also the card being aimed at overclockers, we do expect to be able to push this a little further.

Another thing that we loved about the 780Ti Matrix was its cooler, and we're pleased to say the same design has carried over to the 760 Striker. Under the fancy shielding, we have the same DirectCU II cooler that we find on the modern DCII cards. This has a 10mm copper heatpipe running in direct contact with the 760 GPU in order to get the heat away from the core as efficiently as possible. We also find Asus' CoolTech fan at the front of the card which acts in dissipating the heat as fast as possible whilst staying quiet.

Under the cooler, we find Asus's DIGI+ VRM components. These Solid State Capacitors, super alloy power chokes and hardened MOSFETs allow the 760 to be able to withstand a greater level of stress than a standard card. Since the 760 Striker is aimed more at hardcore overclockers and enthusiasts rather than regular gamers, features such as this may very well come into play when you're trying to pull as much performance from the GPU as possible. If you are just someone who loves the design of the card and wants to buy it because of that, then you may benefit from a longer lifespan due to the more advanced components used.

Finally, the overall aesthetics are similar to the 780 Matrix. We see a red and blackbodywork for the cooler which matches the ROG branding, along with a brushed aluminium backplate. On the top of the card we see the large 10mm heatpipe protruding from the shroud which does add to the aesthetics. It would have been nice if this was black to match into the design, but nevertheless, it still looks great. We also have the same ROG load indicator as we saw on the 780 Matrix. This turns from red to blue depending on the load the card is under.

We do think the 760 Striker offers a great option in the market for users who loved the looks of the 780 Ti but it was priced slightly out of their reach or even someone thats looking for dual card looks with what could be performance as good as the 780 Ti for less money..... All food for thought!

Thanks to Asus for providing the Striker 760 Platinum. You can discuss your thoughts on the OC3D Forums.

RickPlaysWarr
Lovely. I really want a pair of them to go with the Maximus VII Hero board for the new build. Until I go complete custom loop; I am going to borrow a Tom's phrasing and say it would be the "gonads" in the H440 Red with Hero board.

Lucky bastards in England can order, I can't even pre-order in the states.Quote

metalgun2000
Absolutely brilliant. Asus should have another winner on their hands. It's nice to see the ROG cards aren't just reserved for people who just spent a crap ton of money.Quote

YouWhat
I am looking forwards to getting my hands on a couple of these in the coming months, as I am looking to build a new machine up, but at moment, I am waiting to see what Z97 boards are going to appear, I would like to see a Maximus VII Formula and the Haswell refresh version of the i7 4770k before I commit to buying those.Quote
Reply