Winter is here, and ASUS is ready for it with its new ROG Strix RTX 2080 Ti White Edition, which was revealed last week to the delight of many hardware fans. If you want a Frozen-themed graphics card for your next build, ASUS have you covered, and better still, this graphics card is faster than your average RTX 2080 Ti Strix.

That's right; this limited edition graphics card features a performance boost over ASUS' other RTX 2080 Ti Strix graphics cards. Not only does this GPU feature "hand-selected" silicon, but it also features a higher power limit, a higher factory overclock and faster GDDR6 memory.

Using ASUS' GPU Tweak II technology, overclockers can increase this GPU's power limit to 360W. This is a 60W increase over this GPU's stock power limit of 300W, which is already higher than most other RTX 2080 Ti models. 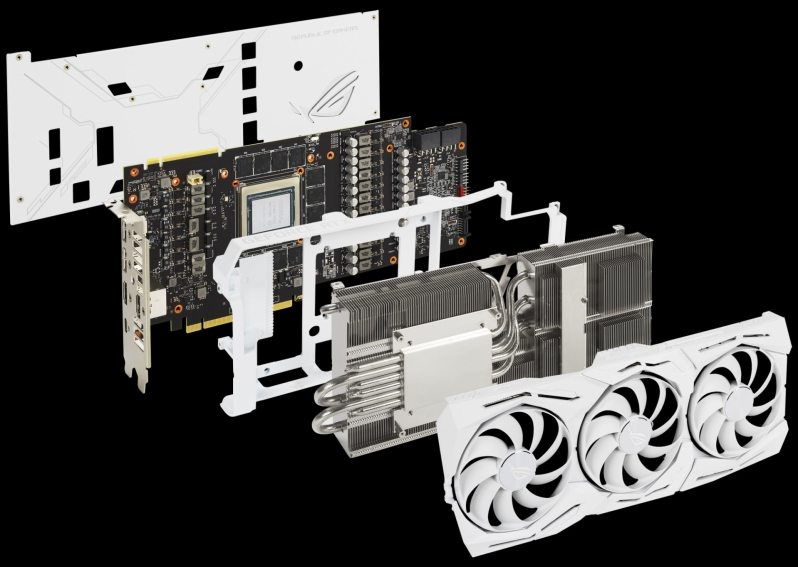 With ASUS's RTX 2080 Ti Strix White Edition will come a special ROG PCB engineers ruler, which is crafted using the same Auto-Extreme technology as ASUS' graphics cards. This ruler is a unique moment that isn't available with any of ASUS' other hardware.

ASUS hasn't defined how many ROX Strix RTX 2080 Ti White Edition graphics cards that they will make, but they will be naturally limited by how much RTX 2080 Ti silicon can meet ASUS' strict power and performance requirements. 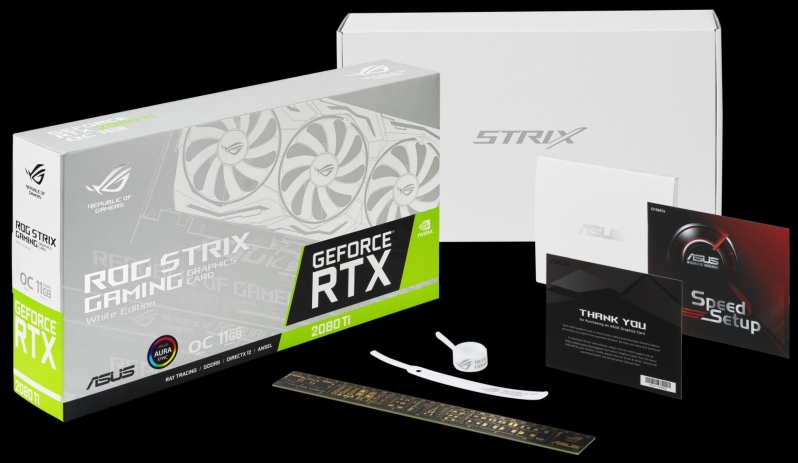 ASUS' RTX 2080 Ti Strix White Edition is now available at retailers worldwide, but the limited availability of this graphics card will make it scarce in most regions.

You can join the discussion on ASUS' All-White ROG Strix RTX 2080 Ti graphics card on the OC3D Forums.

Bagpuss
..Their most powerful GPU comes with a ruler, how apt. Now not only can you flaunt your e-peen online, you can actually measure it.Quote