ASUS plans to 'Tweak Tune and Power Up' Navi

AMD's Radeon Navi RX 5700 and RX 5700 XT graphics cards are now available, bringing some much-needed competition to the mid-range GPU market while giving gamers a glance at Radeon's new RDNA graphics architecture, which is set to power both Microsoft and Sony's next-generation consoles.

In a recent ASUS Edge Up article, the manufacturer stated that we should "stay tuned for more details in September" when it came to the company's custom Navi hardware, placing the release of the company's custom offerings a lot later than expected. Previously, mid-August was the expected release date for custom Radeon Navi graphics cards.

Our initial Navi offerings will use AMD’s reference cooler design and clock speeds, but we’ll be tweaking, tuning, and powering up these new Radeons with coolers of our own design soon. Stay tuned for more details in September. 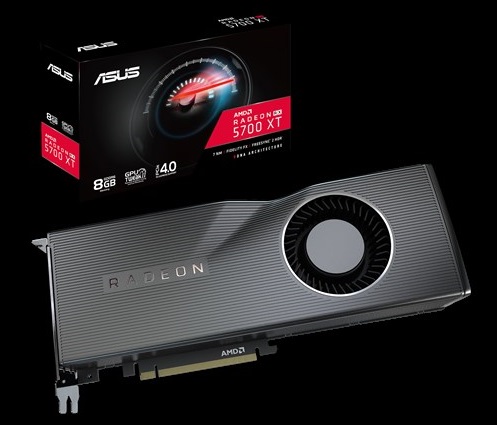 So there you have it, straight from ASUS themselves. Expect to hear more about their custom Navi graphics hardware in September.

Our review for AMD's Reference RX 5700 and RX 5700 XT graphics cards is available to read here.

You can join the discussion on ASUS' plans for "own design" Radeon Navi graphics cards on the OC3D Forums.

tgrech
Fury launched with custom models on day 1(No reference version available iirc), was just the Fury X that released a month earlier that was only ever available liquid cooled.

If we've got some companies (ASRock and co) who have been showing off custom cards since May with a release date for mid August I'm guessing either there's been issues that have delayed customs, or some companies are just not as quick to turn around designs as others.Quote

Warchild
Quote:
Yeah I made that typo mistake last time too. I meant Fury x.Quote

Kourgath223
Quote:
Unless there is some unwritten rule by the companies that they will all start selling custom cards at the same time I am inclined to say its a case of some companies haven't put much of an emphasis on AMD's GPUs and thus their custom cards still need work.

This especially seems to be the case if MSI is indeed releasing 7 custom Navi cards in August but for ASUS we will have to wait until September to even get details.Quote

Piskeante
I'm only interested on Sapphire cards. The only company that sells only AMD cards, and due to this, receives the best chips and memory modules.