It costs how much?!?

The only thing more stunning than this screen's specifications is its price tag, with Overclockers UK stocking the monitor for £2699.99. For your money, you will receive a high-quality HDR experience thanks to the screen's Quantum Dot display panel and the screen's 512 local dimming zones, which enable incredibly high contrast ratios over the screen's 34-inch screen size.

ASUS also states that their screen will support 90% of the DCI-P3 colour space and offer a 4ms grey-to-grey response time, with the screen featuring support for ASUS Aura Sync. Thanks to the heat output of Nvidia's G-Sync Ultimate module, the screen is forced to utilise a "smart fan control" solution for cooling, though ASUS claims that their fan solution is due to the heat output of the screen's bright, HDR-ready, LEDs. 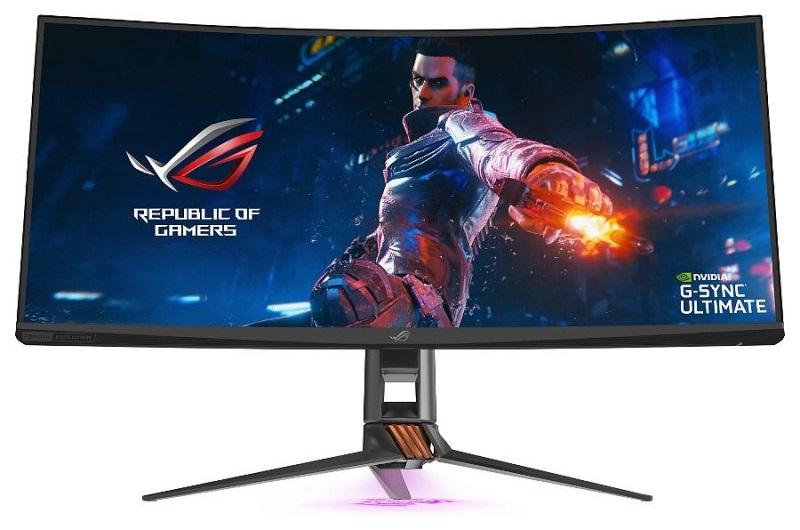 ASUS' ROG Swift PG35VQ is currently available to pre-order from Overclockers UK for £2,699.99.

Daiyus
It's certainly a massive step above my current BenQ EX3501R. But that price? Damn! Great for those that can afford it; us mere mortals will just have to continue drooling over those specs until the price becomes more reasonable.Quote

demonking
Quote:
Didn't you know? An Asus badge adds at least 20% to the price of anything.
Go buy an Asus 2070 and wish you had bought the KFA 2080 for the same price....Quote

Warchild
What is the native resolution?

I dislike ASUS and their "overclocked" refresh rates advertised. I bought my 100hz screen before they corrected the marketing to state 100hz overclocked when its in fact nothing but a 60hz screen.Quote

Dicehunter
Most I ever spent on a monitor was £900, The PG348Q when it was on offer, Never again.Quote