Are more white Strix cards on the horizon?

Like its RTX 2080 Ti counterpart (which we have reviewed), this Strix White Edition is an alternatively coloured ROG RTX 2080 Super Strix. Unfortunately, ASUS has not confirmed the clock speeds of this graphics card on its website, so we cannot confirm whether or not this graphics card features a notable performance boost over ASUS' standard black Strix models.

At this time, ASUS' RTX 2080 Super White Edition Strix is available on Amazon UK for £823.12 for pre-order. That said, it's worth noting that ASUS has not released an official MSRP price for this graphics card. 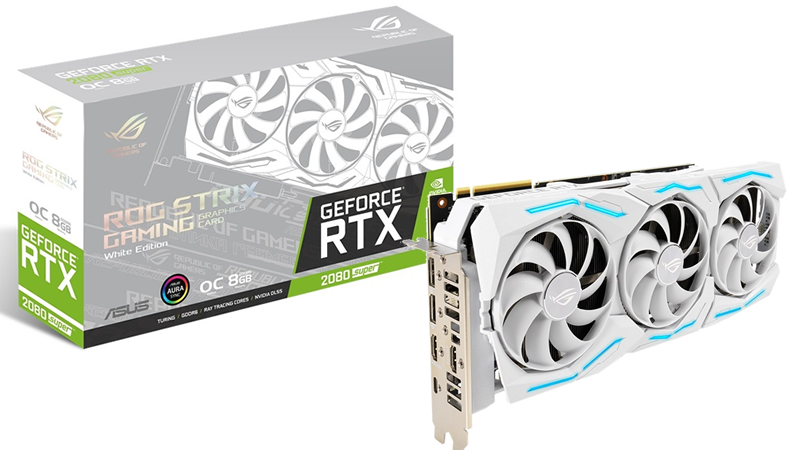 You can join the discussion on ASUS' ROG Strix RTX 2080 Super White Edition on the OC3D Forums.

Peace Đ
Lol, I first read it as

AlienALX
Waits for the millennial to call it racist....

Only joking. Wish they would make more white stuff. BTW I typed White with an S at the beginning. Bad habit lol.Quote
Reply