The world's first real-world images of ASUS' ROG RTX 3090 Strix have leaked onto the web through Videocardz, revealing that ASUS will be utilising the heatsink design what was leaked back in July.

ASUS' Republic of Gamers RTX 3090 Strix model will feature a triple fan heatsink design with two anti-clockwise spinning fans and a central clockwise, alternate spinning fan. When compared to prior leaks of this heatsink design, ASUS has removed references to Nvidia's RTX 3080 Ti model, which appears to no longer be part of the company's Ampere product line.

The ROG Strix RTX 3090's heatsink is reminiscent of the company's older RTX 2080 Ti Strix and Matrix models, giving the new Strix a look that's unlike its predecessors. At this time, it is unknown how this new heatsink design utilises RGB lighting, or what changes have been made to ASUS' underlying heatsink design.

Based on what we can see below, ASUS' ROG RTX 3090 Strix will be a 2.5-slot graphics card, and will likely be revealed officially at an  "ASUS Virtual Launch Event" called "Built for Brilliance" on September 2nd. ASUS plans to reveal several new products at this event, including new ROG keyboard switches. 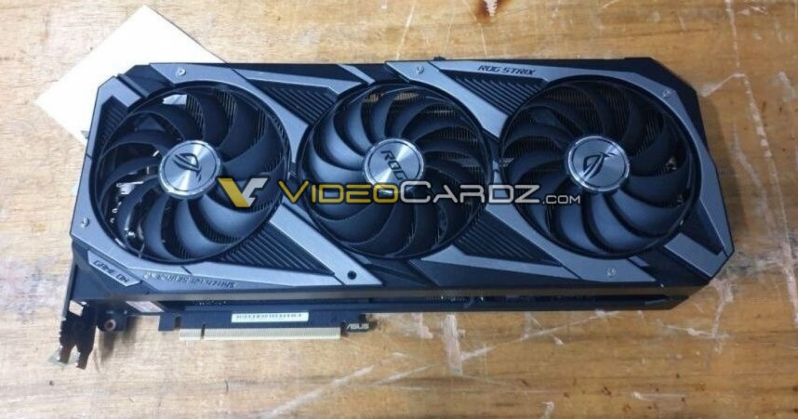 You can join the discussion on ASUS' ROG Strix RTX 3090 graphics card on the OC3D Forums.

Warchild
Well when you have a successful cooler, that performs great and looks good. You are not going to change. Change involves alot of cost, R&D, testing etc. If this can dissipate 350Watt or more, then you are most likely going to reuse it.Quote

Wonder what the RGB is like on it, it'll either be hideous or tasteful.Quote

Warchild
Quote:
The point hes making is that its not really a new cooler. Its very similar to last gens cooler. And you validate my point.

If everyone likes the 2080ti cooler. Then why change it, I would have no issues with the same one being reused. Its a good performer.Quote