The humble SLI bridge is a very important part of Nvidia's SLI technology, evolving over time in many ways that users might not understand.
Beyond Nvidia's original SLI Bridges the company released "premium LED" versions, which ran at higher data transfer speeds to support higher resolutions and refresh rates. Even with Nvidia's premium SLI bridges resolutions continued to get higher, to such an extent that 144+ 1440p monitors are readily available today, prompting Nvidia to further update their SLI standard.
Instead of throwing out their current SLI bridge design entirely with their Pascal-based GTX 10-series of GPUs, Nvidia decided to take a different approach by allowing two SLI fingers in their modern GPUs to communicate with a single GPU, creating a new bridge design which offers double the bandwidth. Thus the Nvidia HB SLI Bridge was born.
Now ASUS has announced their latest high bandwidth (HB) SLI Bridge design, one which offers RGB LED illumination which can be controlled through software or by using the bridge's touch sensitive lighting panel. 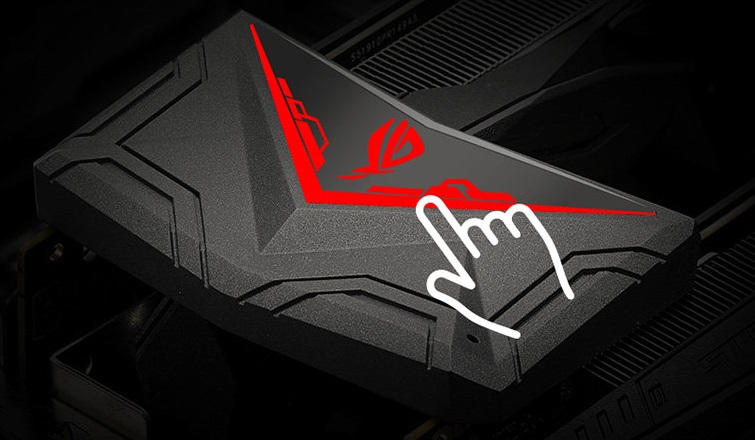 This new SLI Bridge design has been created to better match the companies ROG Strix series GPUs, offering the same angular aesthetic and is available in both 3-slot and 4-slot variants.

This SLI bridge can be connected to your motherboard's 4-pin RGB header for synchronised lighting effects, though thankfully this cable functions as a splitter to allow another RGB device to be connected to the same header.

The design is completely new, from a brushed-metal finish to a matte-black finish, yet the same quality metal construction remains. The new design matches perfectly the latest ROG Strix graphics cards and practically any other graphics cards for that matter.

This new SLI bridge design is expected to become available in stores within the next few weeks, though at this time ASUS have not set any official price on the product.

You can join the discussion on ASUS' new ROG Strix themed SLI Bridge design on the OC3D Forums.

jimma47
Maybe with the LED lit white (or off) but I prefer the more basic version TBH.

It's not the worst out there but they're not overpasses they don't need to be that chunky. I think the design team thought "bridge" and hired the wrong type of engineer?Quote

AlienALX
And the award for most ridiculously over dressed SLi bridge ever goes to.....

Warchild
Quote:
Yes because clearly we need to constantly open up our side panel and turn it off and on with our fingers because its cool...

So far its my "stupid design of the year" awardQuote

SuB
Do people really sit with their side panel off just touching stuff for the sake of it?

What an over-engineered thing to release.. I dread to think with the RRP of this will be...Quote

Excalabur50
Looks like Asus screwed the pooch with this one just glad MSI didn't do it!Quote
Reply