4K resolutions at over 120Hz is a difficult task. Simply put, the bandwidth isn't there on DisplayPort 1.4 to deliver that kind of refresh rate at 4K. To reach 4K at 120Hz or 144Hz compromises need to be made, resulting in sub-par image quality thorough chroma subsampling.

At E3 2019, AMD and ASUS ROG have showcased the "world's first display with support for "Display Stream Compression" (DSC), a compression technique for DisplayPort which is considered practically lossless. This technology enabled 4K resolutions at 144Hz without chroma subsampling, which means that gamers need not choose between their display's high resolution, refresh rate or chroma quality again. With DSR, pristine 4K 144Hz is achievable.

DSC will be available on AMD's Radeon Navi RX 5700 series of graphics cards, with ASUS' unnamed ROG monitor featuring a 43-inch 4K panel which supports 144Hz, FreeSync 2 HDR and ships with a Display HDR 1000 certification. The monitor itself looks like an upgraded version of the ROG Strix XG438Q monitor which was revealed at CES 2019, but at this time it is unknown whether or not the XG438Q has been upgraded, or it this is a wholly new monitor. 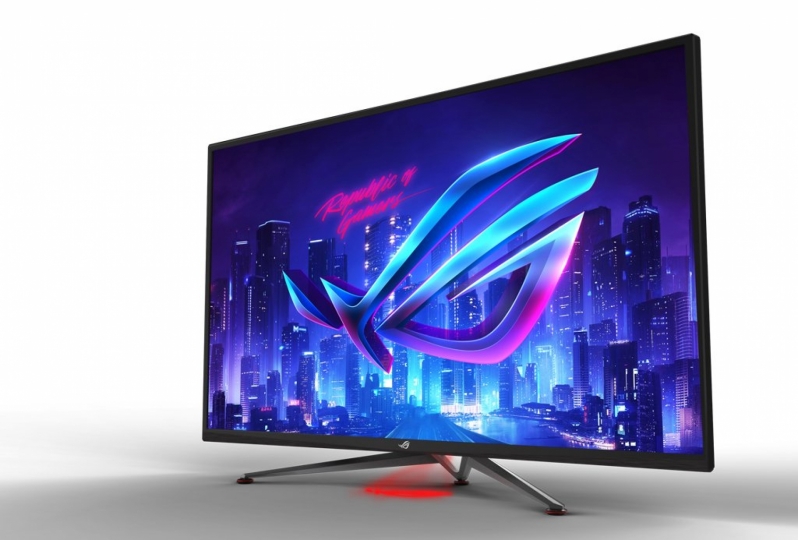 At this time this ASUS ROG monitor has no firm release date or pricing, though it is expected to release sometime within the next year.

You can join the discussion on ASUS ROG and AMD revealing the world's first Display Stream Compression complainant monitor on the OC3D Forums.

Warchild
err should the word "complaint" by used in that link?


Nah 43" is way too big for my desk setup, I sit fairly close so 34" for ultrawides is my limit and honestly I have zero interested in 4K.Quote