This thing is liquid cooled!?

What happens if you take the best of the best and push things a little bit further? That's what ASUS wants to find out with Nvidia's RTX 2080 Ti, reviving their ROG Matrix brand while aiming to push their GPU tech in a bold new direction.

The RTX 2080 Ti Matrix isn't a "bigger heatsinks and higher clocks" kind of graphics card, the RTX Matrix is fundamentally different than ASUS' other offerings. Yes, the ROG Matrix 2080 Ti is still a triple-slot, triple fan monster with all of the RGB trimmings, but things are very different under the hood. This GPU has a heatsink that is unlike anything else on the market.

If you look closely at the image below you will see something strange. Yes, that's a water cooling radiator that is held within the RTX 2080 Ti Matrix. ASUS has designed a cooler that uses "Infinity Loop" technology, which in basic terms places a full all-in-one (AIO) liquid cooler under the GPU's shroud, allowing the GPU to benefit from active fan cooling while benefiting from liquid cooling.

ASUS has claimed that their Infinity Loop cooler can surpass rival coolers with external 120mm radiators and trade blows with 240mm radiators, which is an amazing feat for a graphics card which looks like a standard air-cooled GPU on the surface. 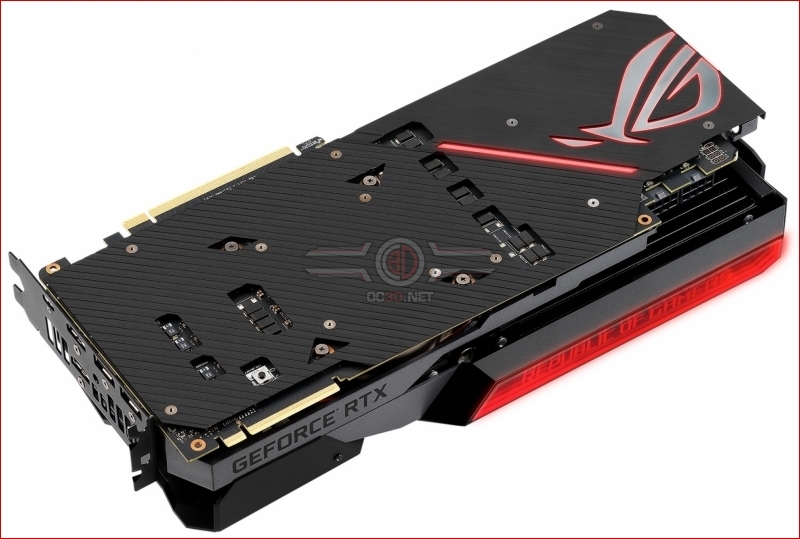 When looking at the clock speeds of Nvidia's RTX 2080 Ti Matrix, we were surprised to discover that the GPU was listed with a 1815MHz boost clock speed out of the box, which represents a 150MHz increase over the ROG RTX 2080 Ti Strix's OC mode.

On the memory side, ASUS has also opted to give their GDDR6 memory a boost from 14Gbps to 14.8Gbps, which is enough to bump the graphics card's memory bandwidth above 650GB/s. ASUS has boosted the performance of their RTX 2080 Ti in all respects, which is an astounding achievement for the company. 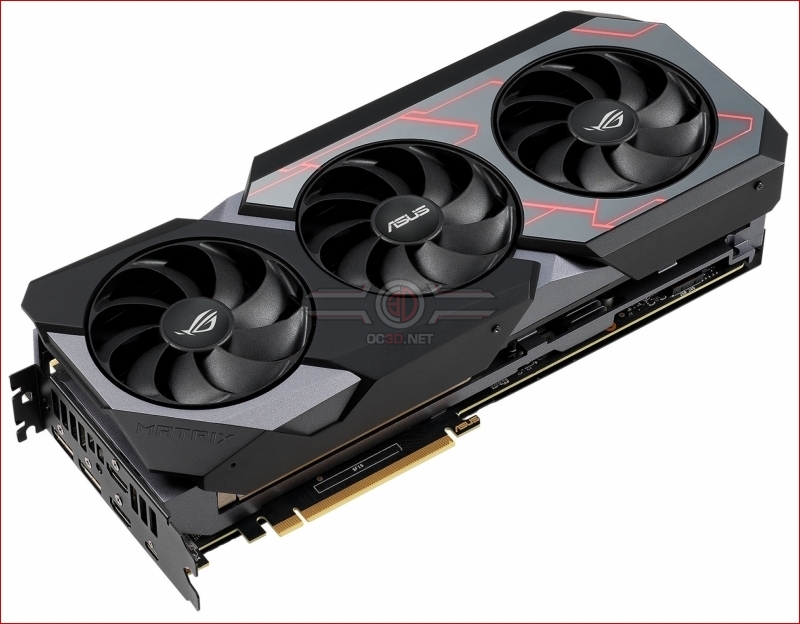 ASUS has not revealed the pricing of their ROG RTX 2080 Ti Matrix graphics card, though the first shipment of the GPU is expected to be delivered later this month.

You can join the discussion on ASUS' ROG RTX 2080 Ti Matrix graphics card on the OC3D Forums.

Warchild
Then they will release the matrix platinum after this, or matrix poseidon with a slightly higher clock...Quote

AlienALX
I ain't gonna lie, that is bloody stunning. Love the use of bionic fans on it too, at last some innovation !Quote
Reply