The ideal monitor for esports gamers?

ASUS' monitor division has a unique technology up its sleeve, one which promises to deliver gamers sharper images while maintaining support for VESA's Adaptive-Sync technology, which is also known as FreeSync. This technology is ELMB Sync (Extreme Low Motion Blur Sync), which uses a strobing backlight to deliver sharp images and minimal motion blur.

What's unique about ELMB Sync is that ASUS' strobing blackings can run in tandem with Adaptive Sync, both when AMD users enable FreeSync and when Geforce users enable G-Sync. This feature allows gamers to benefit from ELMB technology and variable refresh rate technologies, delivering the best of both worlds when it comes to gaming.

With their new TUF Gaming VG249Q, ASUS is bringing ELMB-Sync into the realms of 1080p 144Hz displays, shipping in the industry-standard 23.8-inch form factor while utilising an IPS display with a 1ms MPRT response time.

ASUS has not released the pricing of this monitor at this time, though it is expected to be a budget-friendly offering. Even so, the screen will feature a VESA compliant stand with swivel, tilt, pivot and height adjustment and both DisplayPort and HDMI inputs. This screen lacks support for HDR and offers a maximum brightness of 250 nits. 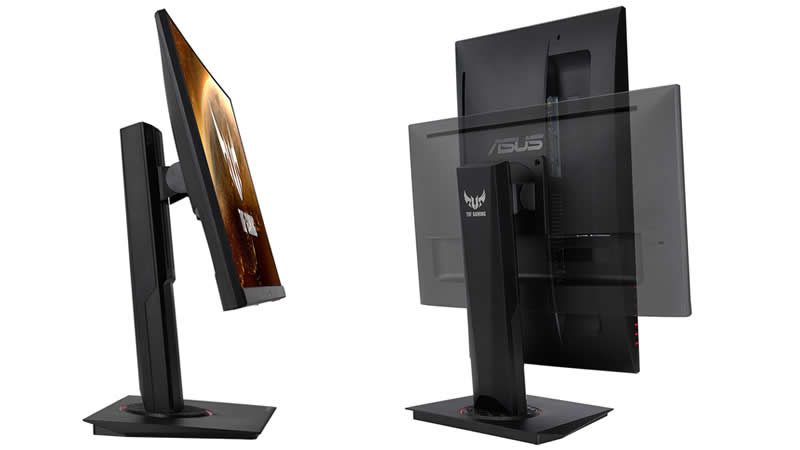 You can join the discussion on ASUS' TUF Gaming VG249Q adaptive Sync ELMB-Sync monitor on the OC3D Forums.