Display Stream Compression Technology is an industry-standard that can be used with DisplayPort 1.4, offering what VESA calls "virtually lossless compression" to enable higher refresh rates and resolutions without hitting the bandwidth limits of DisplayPort. This makes 4K 144Hz monitors possible on DisplayPort 1.4 without chroma sub-sampling.

The ROG Strix XG43UQ uses a 43-inch matte HDR display, minimising screen reflectivity. This factor helps differentiate the ROG Strix XG43UQ from most other 43-inch screens. At this time, ASUS has not revealed a price tag or a release timeframe for this monitor. 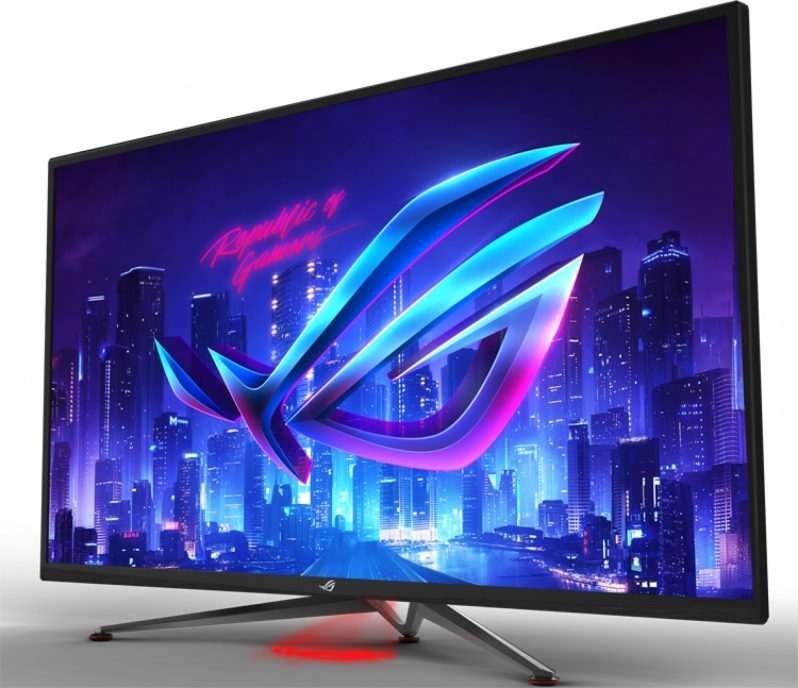 You can join the discussion on ASUS' ROG Strix XG43UQ DSC 4K 144Hz monitor on the OC3D Forums.

NeverBackDown
Ironically no AMD GPU can run this so you'll need what 2 2080ti's to run this consistently at 144hz?Quote

Godrilla
HDR 600 though. not 1k.Quote

looz
Quote:
At ultra, sure. Medium is another story, and still looks great at 4K.Quote