Before now, the TUF Gaming series has been mostly restricted to the motherboard market, aside from several co-branded products from the likes of Cooler Master, G.Skill and Enermax. Now, ASUS can fill systems with more TUF series components, ranging from cases through to CPU coolers and even DRAM.

To gamers, their graphics card is the beating heart of their systems, rendering the pixels which deliver all of the visual yum-yum that today's greatest titles can offer. ASUS' first TUF Gaming graphics card will be a variant of Nvidia's Geforce RTX 2060, a powerful graphics card that targets the mid-range to high-end gaming market.

While the TUF Gaming RTX 2060 sits below the company's flagship ROG Strix RTX 2060 Gaming model, this is made up for because of the graphics card's smaller form factor and dual-fan cooler design, which allows the TUF to be placed into smaller, more spacially-constrained systems. This is great news for PC gamers who plan to invest in small MATX or MITX case designs, which may not accommodate large triple-fan graphics card designs. 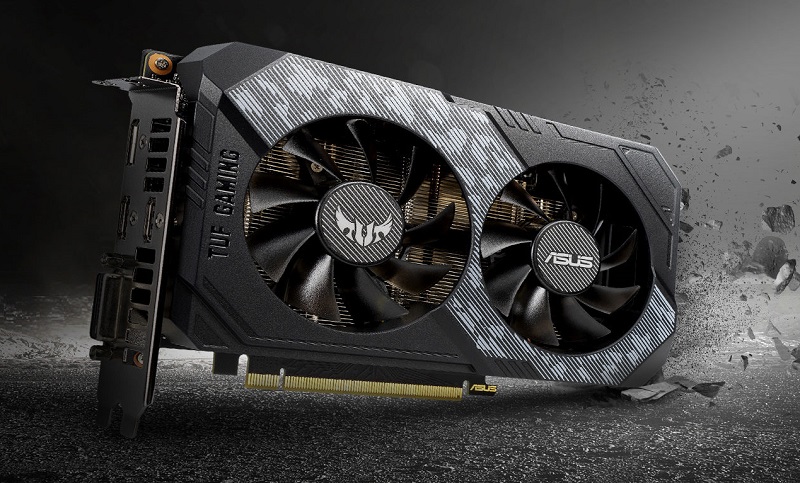 You can join the discussion on ASUS RTX 2060 TUF Gaming series graphics cards on the OC3D Forums.

Peace Đ
Not too shabby and it looks like it doesn't have much - if any - RGB lighting on it. Could be a very nice addition for those who hate RGB.Quote

demonking
I never knew what TUF stood for lol. I assumed it was a branding of tough as I remember this about the same time as the "military grade" branding from MSI and thought it was just a marketing thing to say our stuff is just as "TUF" as MSI's lol.

Like the look of it, I much prefer a minimalistic/functional look rather than the Christmas tree look of most parts these days, hope they reduce the Asus tax....Quote
Reply