Existing owners can upgrade their cards with new mounting hardware.

ASUS has released a notice to its ROG Strix Radeon RX 5700/5700XT users to confirm that some of their users have been experiencing thermal issues with their graphics cards; and that they have uncovered the root cause of the problem.

In their notice, ASUS claims that their ROG Strix RX 5700 series graphics cards were designed to conform with AMD's design standards, which claim that GPU coolers should use a mounting pressure of 30-40 PSI to ensure reliability. After extended R&D testing, ASUS has found that this mounting pressure is too low for some of their graphics cards.

ASUS has confirmed that this mounting hardware is currently being shipped to the company's service centers, and that in March 2020, users of older ROG Strix RX 5700 series graphics cards will be able to send their GPUs in for a free mounting screws upgrade. ASUS has stated that the ongoing effects of Coronavirus (COVID-19) may delay the shipments of these mounting screws to some ASUS service centers.

Below is what ASUS had to say regarding their Radeon RX 5700/5700XT thermal issues.

As a result, all ROG Strix Radeon RX 5700-series graphics cards shipped from January 2020 forward feature new screws that increase cooler mounting pressure to 50-60 PSI, resulting in improved heat transfer from the GPU to the heatsink.

Of course, we are committed to supporting our customers. We would like to offer the same benefits of the new mounting screws to users that have already purchased an ROG Strix Radeon RX 5700-series graphics card. If you already have one of these cards and would like it modified to use the new mounting screws, please contact your nearest ASUS service center starting in March of 2020* and we’ll happily perform the upgrade for you.

To determine whether your graphics card is eligible for this free upgrade, please consult the following table of model numbers. For further assistance or information, please contact your local ASUS customer support team.

We’d like to apologize for any inconvenience caused and thank you for your continued loyalty and trust in ROG. 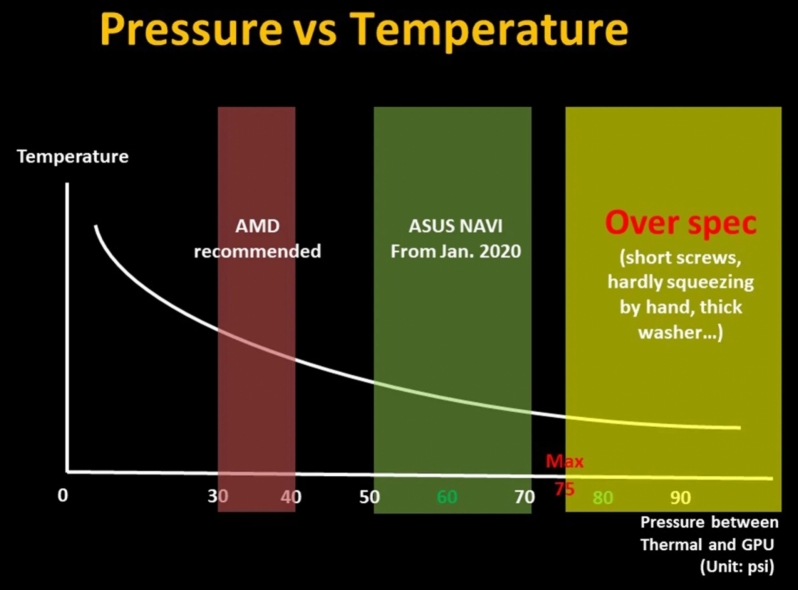 ASUS has released the following list of model numbers that may be impacted by ASUS' ROG Strix RX 5700 series cooler mounting issues. More information about this notice is available on ASUS' ROG website. 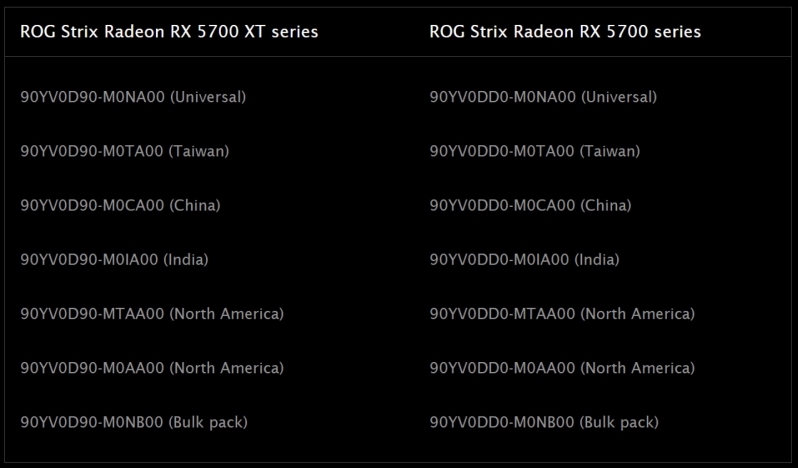 You can join the discussion on ASUS' ROG Strix RX 5700 series warning on the OC3D Forums.