Until now, our cries for a white ROG Strix graphics card have gone unanswered, leading many modders to take matters into their own hands with custom paintwork and other hardware mods. Now, ASUS plans to release an all-white RTX 2080 Ti, delivering the game features as before alongside a larger factory overclock than normal.

Cowcotland has reported that this graphics card will cost €1600 in Europe, which translates to around £1,350 in the UK. Yes, that's a large sum, but it's worth remembering that this is a limited edition, faster model of Nvidia's already expensive RTX 2080 Ti.

With this graphics card, everything is white except for the PCB; the Fans, cables, backplate and shroud are white. The RGB LEDs of this graphics card are still RGB, and the graphics card still features the same Dual DisplayPort, Dual HDMI and single VirtualLink (USB-C) display outputs. This is an RTX 2080 Ti that's all-white, and a offers faster clocks. There's not much else to say really.

At this time we do not know when this graphics card will be released to the public, but if you want a white ROG Strix RTX 2080 Ti and don't want to mod your own, this appears to be the graphics card for you... if you can afford it. 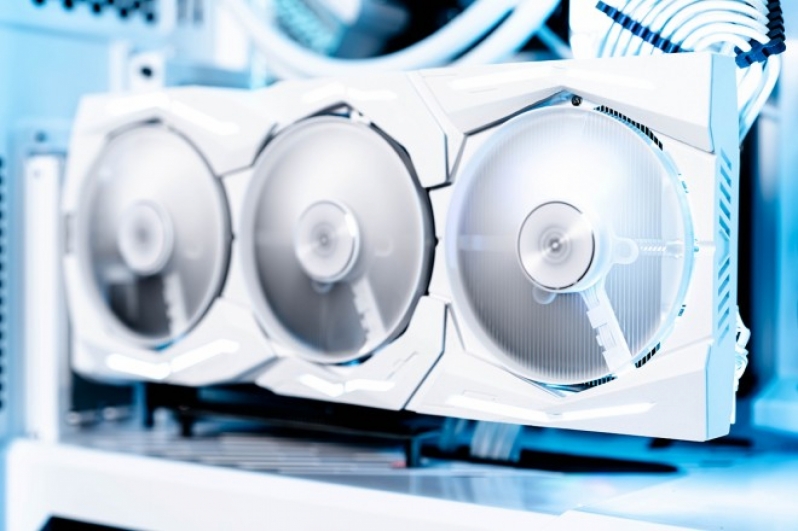 You can join the discussion on ASUS' All-White ROG Strix RTX 2080 Ti graphics card on the OC3D Forums.

Dark NighT
Is TTL drooling on the floor yet?

scubasteve
Dang nabit !! just when i thought it as safe to say im not buying anything else