ASUS has released their new GTX 1060 3GB Phoenix GPU, which comes with a short ITX friendly design and Nvidia reference clock speeds.
Like all GTX 1060 3GB GPUs, this model will only feature 1,152 CUDA cores, unlike GTX 1060 6GB models that will come with 1280 CUDA cores. This means that this GPU will be outperformed by 6GB models.
This custom GPU design will be powered by a single 6-pin PCIe power connection and be cooled by a monolithic aluminium heatsink with a copper core and a single 80mm fan. The GTX 1060 3GB Phoenix will also come with two DisplayPort and two HDMI connections as well as a single DVI port. 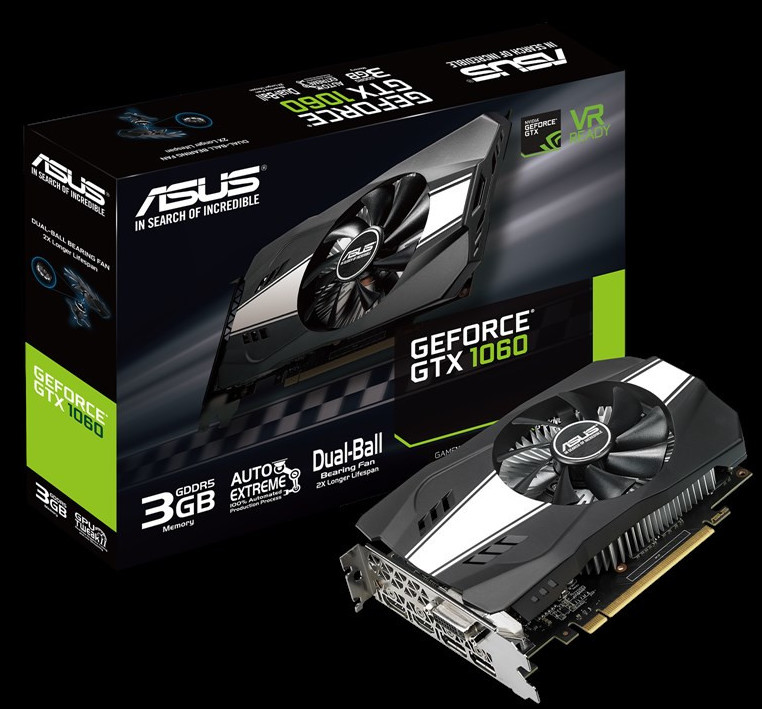 You can join the discussion on ASUS' GTX 1060 3GB Phoenix on the OC3D Forums.