ASUS is continuing to push its display technologies to its limits, with the company's ROG division taking on the challenge of improving their already impressive Swift PC27UQ, their 27-inc 4K 144Hz G-Sync HDR Ultimate gaming display.

How does one improve upon ASUS' £1,800 HDR gaming monster? Well with their new ROG Swift PG27UQX, ASUS plans to integrate Mini LED technology into their display panel, delivering a 50% increase in the number of local dimming zones that the monitor possesses. Like the PG27UQ, the PQ27UQX offers support for peak brightness levels of 1,000 nits.

The PC27UQX offers a total of 576 distinct zones for local dimming, each of which features four LEDs. The original PG27UQ features 384 local dimming zones, which presents users with 33% more bloom when compared to ASUS' newer model. This bloom occurs when adjacent zones have considerable differences in lighting, with one offering a full brightness highlight while the other is fully dimmed. A larger number of smaller backlight zones reduces the impact of bloom.

ASUS' move to Micro LEDs also reduces the power consumption of their ROG Swift PG27UQX by a reported 7%, which when combined with the display's superior local dimming capabilities is excellent news for consumers. Sadly, this change does not impact the PG27UQX' display controller, which still requires active cooling. 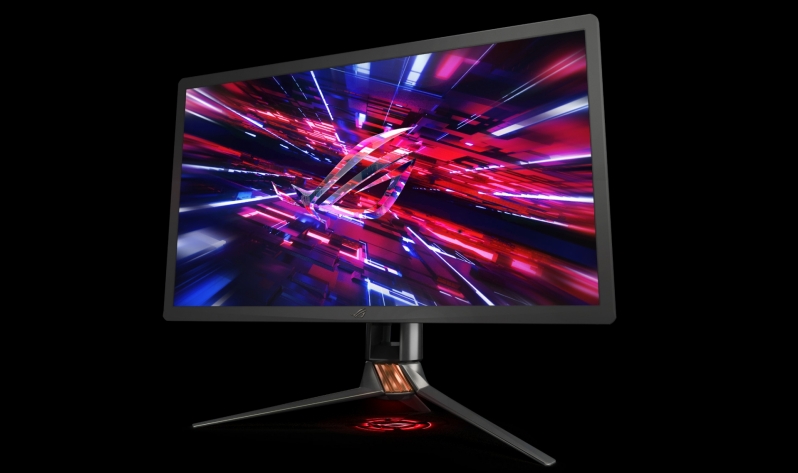 The display itself is a quantum-dot IPS panel which boasts 99% support for the Adobe RGB colour space, making the monitor great for photographers and professional printers. 97% of the DCI=P3 colour space is also covered, with each monitor being calibrated to offer a Delta-E value of less than three, allowing all PG27UQX monitors to match each other closely.

At this time ASUS has no firm release date for their enhanced ROG Swift PG27UQX Mini LED gaming monitor, though it is expected to be priced similarly to the company's existing PG27UQ display.

You can join the discussion on ASUS' ROG Swift PC27UQX Mini LED G-Sync HDR Ultimate Monitor on the OC3D Forums.

NeverBackDown
Damn I want it! Do I want to spend that much? No... so I won't get it

MiNo
Just do OLED already and give us perfect black out of the box.Quote

Korreborg
Quote:
The pixel response of OLED are not good enough yet. They are getting there, but it's gonna come at an insane price.Quote

WillSK
Quote:
I'd be more interested to see how Samsung's MicroLED tech and its competitors make changes to this space.

I believe it is alleged to have all the advantages of OLED without the negatives.

tgrech
Yeah, lots of money being thrown at it from many companies, though at the moment the only seemingly commercially viable MicroLED production methods so far have been based around using distinct surface mounted LEDs and bonding them to the underlying integrated circuit, which is only really viable for the hundreds of micrometer pitch you'd use on 50"+ displays. It will take a fair bit more time to reach a point where they can be manufactured using lithography to etch the LEDs directly into the IC, or even before we can apply the arrays directly to the substrate as a film, either of which would be required for more monitor-sized displays with a tens of micrometers pitch (But with the amount of money Apple are throwing into it you'd think they must have some indication there's progress being made on the latter two production methods).Quote
Reply