When the ASUS Strix brand arrived earlier this year we were impressed by the silence provided by their new 0dB fans at idle and loved the new look and feel of ASUS's new Strix brand. We were impressed so much by its looks that Tom even made an entire Strix themed System which was displayed at iSeries.

There was one point however that was letting the Strix brand down, at least on the GPU side, was that their semi-passive cooling solution could only remain passive under idle or light load scenarios. Now with Nvidia's release of their High-performing but impressively low powered Maxwell architecture, unique Strix features like their 0dB fan technology can really come into it's own.

ASUS have always advertised that their Strix cards can handle light gaming loads without their fans even spinning, but now with Nvidia's Maxwell GPUs we can actually see this happening for ourselves.

Ladies and Gentlemen, I introduce the Nvidia Maxwell based GTX 970 Strix. 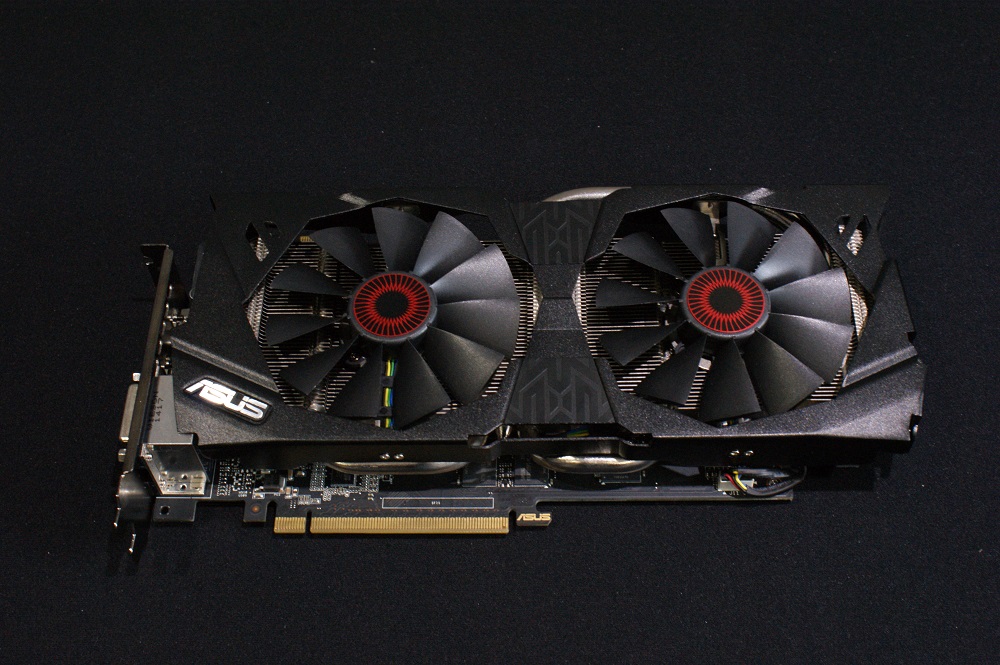 This GPU comes with everything you would expect, PCIe 3.0 support, two DVI outputs, displayport, and HDMI 2.0. This GPU has 4GBs of GDDR5 Memory, double that of the GTX 770's 2GB or vram, running on a 256-bit interface clocked at 7010MHz. The extra vram of these Maxwell GPUs will be great for those higher resolution gamers out there as game textures and monitors become increasingly higher res.

On the GPU core we see 1664 CUDA cores, a increase of 128 cores over the GTX 770 which combined with the greater per core performance of Maxwell should deliver a great performance improvement.

We have already seen how efficient Maxwell can be with the GTX 750Ti when it was released earlier this year. I can confirm that high performance Maxwell is still just as efficient with this GPU only requiring a single 8-pin PCI-e power connection to run, which considering this GPU aims at competing with AMD Hawaii (which is requires 8+6 pin power) means that Nvidia has became vastly more efficient than AMD in this performance bracket.

As far as clock speeds go, ASUS say they are 7% higher than reference, with the cooler promising a 30% reduction in load temperature compared to reference. We will see how the improved clock speeds and cooling affect the GPU when testing begins. 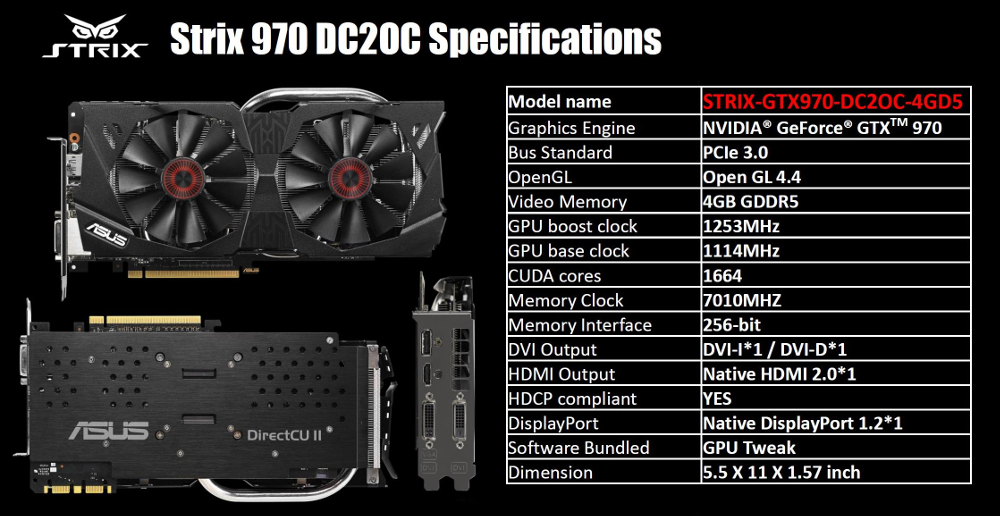 In the pictures below you can see all the minor thing ASUS have done to this GPU that simply makes this GPU look great, from the strix patter between the two fans, a full cover backplate which has  the ASUS and Direct-CU II Branding written the correct way up to be read from outside a PC case window and finally the light up Strix Logo on the outside.

One problem I see with the metallic Strix logo is that it will be covered up by an SLI bridge, but this will only be a disadvantage to Multi-GPU users.

As I mentioned above, this GPU only requires the use of a SINGLE 8-pin connector, which is very impressive for a high performance GPU. So this GPU may not just be a great performance upgrade for some but also has the potential to lower your systems power requirements.

The rear IO is pretty standard for today's GPUs, Dual DVI outputs, a single HDMI 2.0 and to round it all off a Display port. One thing to note for G-Sync and Nvidia surround fans is that you will need to run a multi-card setup in order to support it. The GTX 980 GPUs will have 3 Display ports for this exact purpose, which is good given that you will need a beefy GPU for a gaming surround setup. 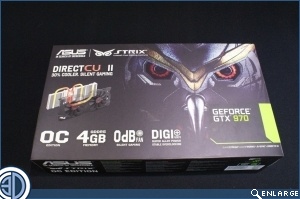 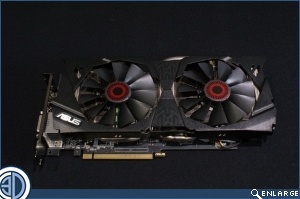 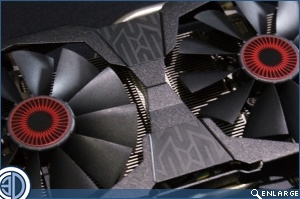 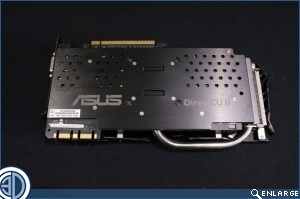 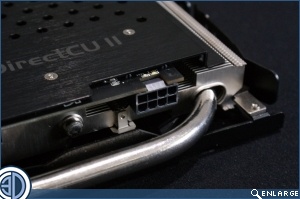 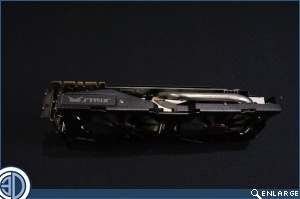 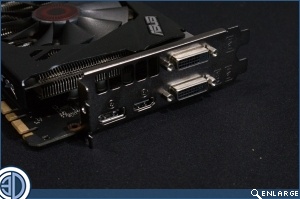 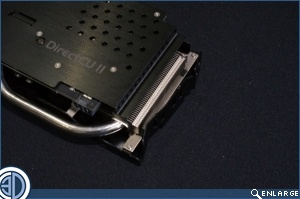 When looking at the ASUS GTX 970 Strix you can be fooled to think that it is just a normal ASUS aftermarket GPU, which while it is not a bad thing to say about the card, it really undersells it.

Where ASUS has gone with the Strix brand is a very similar place to where Nvidia was trying to go with the GTX 900 Series in general. The power efficiency of Maxwell combined with the Strix 0dB fan technology means that even under meaningful loads, like light gaming, the fans don't even turn on and if they take higher loads to turn on, do you think they will need to spin very fast at full load?

A full review is coming, but for now you can discuss the ASUS GTX 970 Strix on the forums.

Zoot
I can't help but kind of drool looking at this tbh, not because of looks (couldn't care if it was bright pink or brown), but because of noise levels.

The loudest thing at idle in my system at the moment, the fact that I run all my fans at 5V is my GTX 780, it'd be nice to have that totally silent at idle without having to resort to the hassle of watercooling.Quote

Cru
god damn. might have to buy one of these nowQuote

Not really worth me doing, just wouldn't mind having a play with one and see what overclocks I can get.Quote
Reply