Before AMD's Radeon RX 5600 XT launched, the company decided that it would allow its AIB partners to create models with faster 14Gbps memory speeds and higher power limits. This change enabled the graphics card to achieve performance levels which are much closer to AMD's higher-end RX 5700.

Unlike manufacturers like PowerColor and Sapphire, ASUS was slow on the uptake when it came to updating its RX 5600 XT BIOS files. AMD's performance changes were made at the 11th hour, and this made ASUS uneasy. There was little time for validation and certification for these new BIOS files, making ASUS unable to release new BIOS files with 14Gbps memory settings.

ASUS supplied its RX 5600 XT graphics cards with 14 Gbps rated GDDR6 memory chips, but they refused to offer these speeds out of the box, but now, it looks like the company has had a change of heart. At a minimum, ASUS has had the time to validate its designs to ensure 14 Gbps memory support, and now, the company is offering performance-boosting BIOS updates for its ROG RX 5600 XT Strix and its TUF 3 RX 5600 XT EVO Gaming.

To install these updates, users of ASUS' ROG and TUF series RX 5600 XT graphics cards must follow this guide on ASUS' website, which goes through the process of updating the RX 5600 XT's BIOS. Two bios files are available for these graphics cards, with one offering users a memory performance boost, while the other keeps the cards at their stock 12Gbps memory speeds. 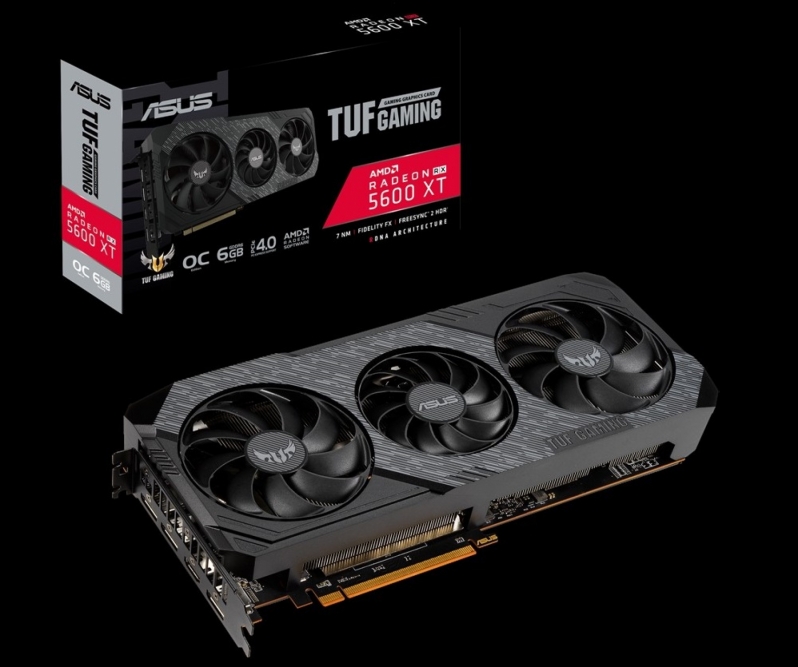 You can join the discussion on ASUS' BIOS updates for its premium RX 5600 XT models on the OC3D Forums.