What do you think of this ancient looking piece of technology?

Game-themed GPUs are rare these days, often shipping with redesigned boxart and no real changes to the GPU itself, making ASUS' reveal of an Assassin's Creed: Origins themed GPU a very rare occurrence, offering an aesthetic that combined the Eye of ROG with an assortment of Ancient Egyptian hieroglyphs to create a unique external aesthetic.

Performance-wise this GPU offers the same base/boost clock speeds as the company's existing GTX ROG Strix 1080 Ti, which means that this new GPU will not receive a performance uplift when compared to ASUS' existing models, though the GPU's external aesthetic alone will be able to sway some people towards this copper-coloured model.

ASUS has only created 500 of these Assassin's Creed Inspired GPUs, making it a collector's item. This GPU will also ship with a free copy of Assassin's Creed Origins, though the pricing of this new GPU model has not been revealed yet. 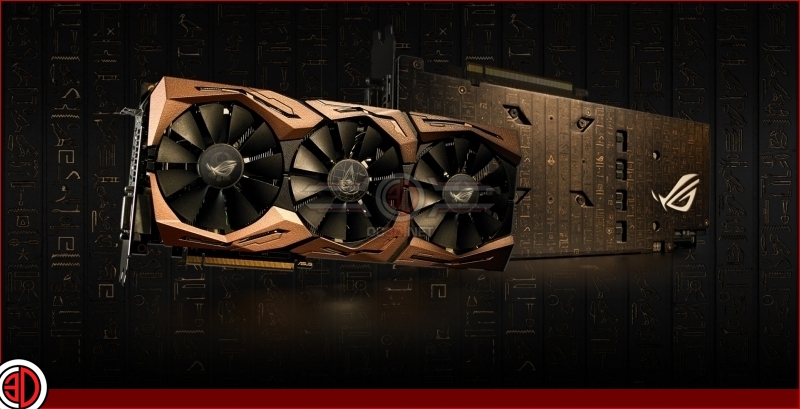 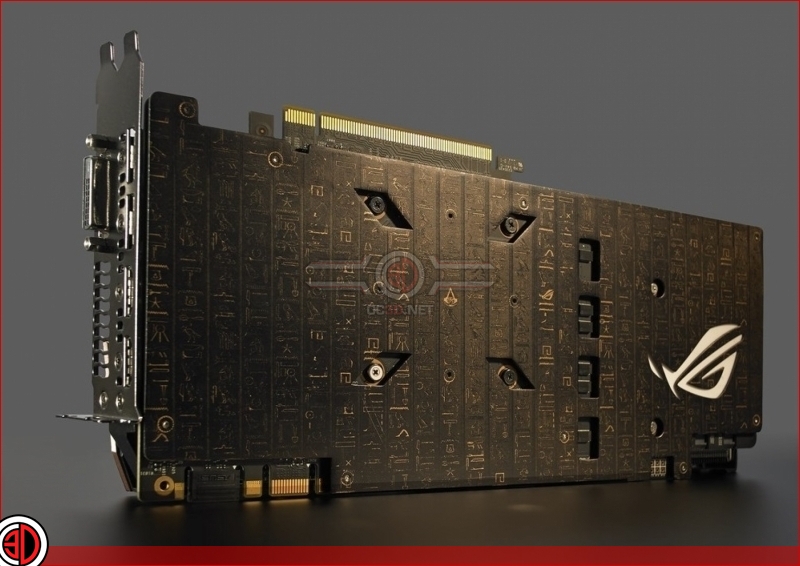 Functionally this GPU should not offer any performance differences when compared to a standard ROG Strix GTX 1080 Ti, which means that the appeal of this card comes from its unique design and its exclusive/limited edition design.

You can join the discussion on ASUS' new Assassin's Creed: Origins-Themed GTX 1080 Ti GPU on the OC3D Forums.

AverageNinja
That backplate is a tad bit too busy for my taste, but that shroud is gorgeous. Shame it's a limited edition.Quote

Warchild
Quote:
I thought the opposite. being dark coloured bronze, inside a case it seems like a nice detailed touch without being loud. It's the ridiculous ROG log that ruined it.Quote

Digikid
It's great looking but anyone with some patience can remake that quite easily.Quote