Back in 2019, ASUS revealed its ROG Strix XG17, a 240Hz mobile monitor which never made it to market, at least until now. Over the weekend a product page for ASUS' XG17AHPE has appeared on ASUS' website, revealing the final iteration of ASUS' XG17 concept, a portable monitor which intends to offer more than the competition.

So what is the ASUS ROG Strix XG17AHPE? It's a screen, a portable monitor which features support for VESA Adaptive Sync, delivers 240Hz refresh rates over an IPS screen and full HD capabilities. The screen is powered by USB-C and Micro HDMI 2.0 inputs and contains a 7800mAh battery for mobile play. This battery promises two hours of usage at 240Hz without charging.

As we have stated before, the screen uses IPS technology, offering users up to 178-degree horizontal and vertical viewing angles, alongside a fast 3ms grey-to-grey response time. The monitor also provides 100% sRGB coverage, and stereo 1W speakers wand a built-in ESS 9118 digital-to-analogue converter (DAC) to drive your favourite set of headphones.

This screen can be used to create a dual-screen screen setup with a 17-inch laptop, offer high-end screen performance with modern consoles and smartphones on the go or act as a lightweight monitor for LAN parties. The ROG Strix XG17AHPE is also around 1cm thick and weighs around a kilo, which isn't much for a display of this size. 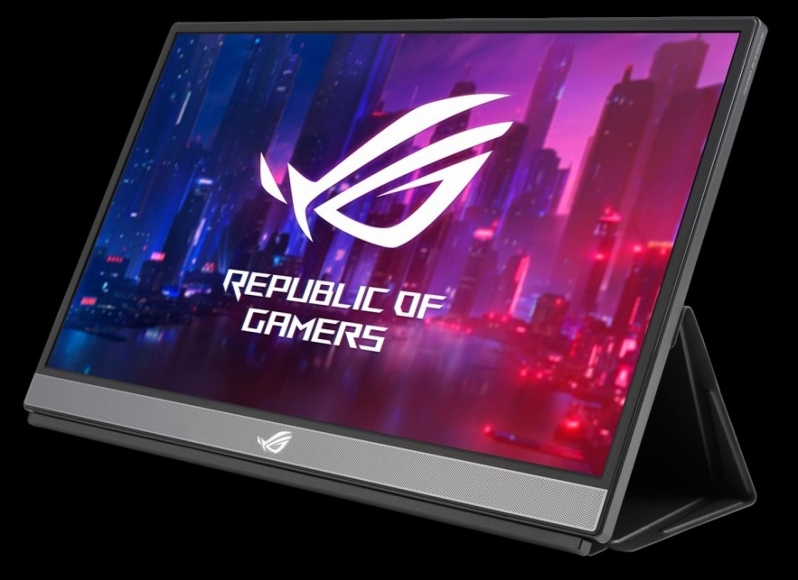 At this time, ASUS has not given us a firm release date or retail price for its portable ROG Strix XG17AHPE monitor, though we can expect the screen to release in the near future.

You can join the discussion on ASUS' ROG Strix XG17AHPE 240Hz portable gaming monitor on the OC3D Forums.