ASUS has revealed the specifications of its ROG Strix RTX 3080 graphics cards, confirming ambitious clock speeds for their flagship Gaming OC model. ASUS' RTX 3080 Strix Gaming models will include a new cooler design from the manufacturer, upgraded fans and feature three 8-pin PCIe power connectors, all of which are designed to get the most out of Nvidia's Ampere silicon.

Below are the specifications of Nvidia's RTX 3080 Founders Edition and ASUS' custom models. 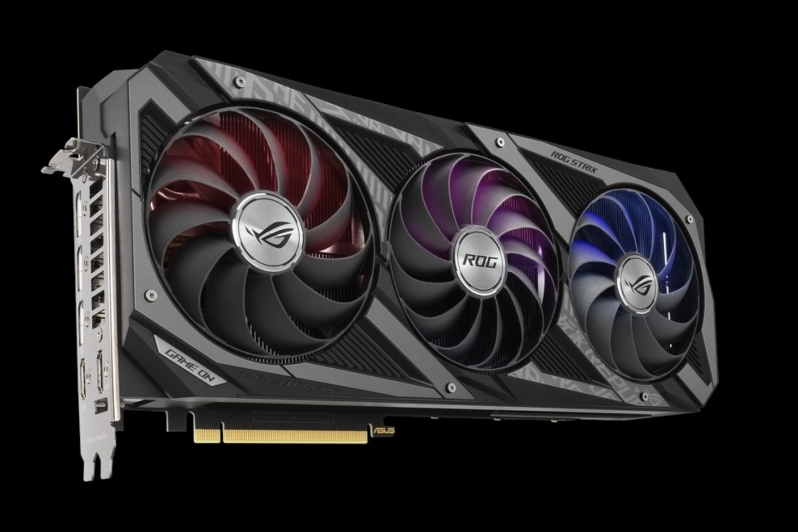 You can join the discussion on ASUS' ambitious ROG Strix RTX 3080 Gaming OC Boost Clocks on the OC3D Forums. 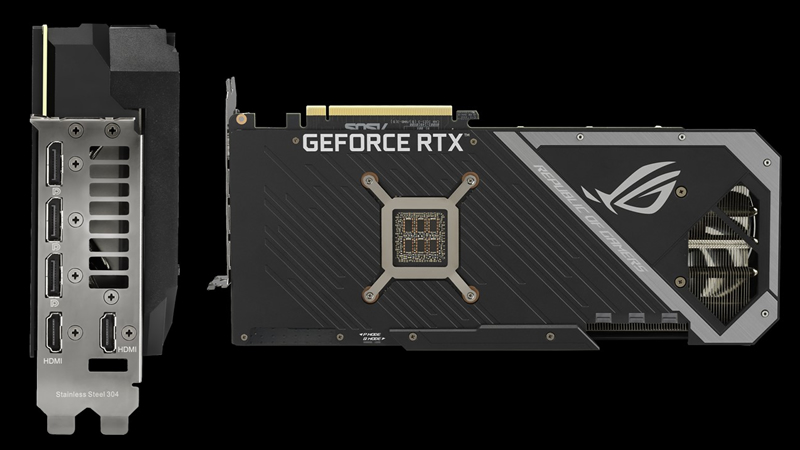 Damien c
Hardly ambitious when most if not all cards are boosting to 1930Mhz and above anyway.


I might be wrong, but I think I saw in a review that most cards are hitting almost 2Ghz when the temps are under control.


I know it's a different card but my RTX 2080Ti Gaming X Trio from MSI apparently only has a boost clock of 1755Mhz but sit's at 1930Mhz to 1965Mhz nearly all the time when gaming.


If I try overclocking which I have not really done, I have seen it iirc hit 2100Mhz on Air since it's not watercooled.


As much as I don't like Asus, at least they seem to be being honest with the boost clocks for a change.Quote

Warchild
Quote:
Not sure about Air, but I have the same card and it hits 2150 under water. I dont think most are hitting 2Ghz though. Maybe the factory OC cards are but we wont know until we see more reviews out side of the founders circle.Quote

Damien c
I honestly cannot remember exactly what it would hit but based of the last time which was the other day when messing around, I hit this on 3DMark Firestrike Extreme.


I was thinking of watercooling this card a while ago, but since there is a possibility of me getting a new job soon with a major salary increase (45%) I will be able to basically build a whole new machine, and that will be in a desk not a normal case.


As I say at least it seems Asus is actually showing what it will boost to, instead of a number around the "FE Cards" boost clock which again the FE's boost higher than the advertised boost clock.Quote

YOUDIEMOFO
Why am I seeing three eight pin power connectors in the picture and it says two in the description??Quote

Warchild
Quote:
I honestly think given the Nvidia limitations around the bios and current allowed through, I didnt see much need to overclock the cards. Ok, I hit 2150 which I am extremely pleased with as I never had a golden chip before. However... boosting hard and pulling so much more watts for a few fps just wasnt worth my electricity bill, or degradation on the life cycle of the card. Instead I just use stock boost now, swapped the Tim for some Liquid metal and enjoy a much cooler card.

You own the Gaming X trio yourself, so you know how good it is out of the box. We don't really need to punish the card for miniscule gains except bragging rights.Quote
Reply