ASUS is ready for Ampere

ASUS is ready for Ampere, and have revealed plans to launch three new series' of graphics cards to deliver Nvidia's latest GPU designs in ROG Strix, TUF Gaming and DUAL flavours. ASUS has confirmed that it has more Ampere graphics cards in the works, but today they are willing to discuss these three models.

With the company's latest ROG Strix GPU models, ASUS plans to offer its customer access to 400 watts of power through three 8-pin PCIe connectors, giving RTX 3090 users access to the power they need for Ampere overclocking.

ASUS' ROG Strix series has received a serious redesign in the wake of Ampere, offering customers a new heatsink should with metal accents, a new 2.9-slot design and specialised fan designs.

ASUS' new ROG Strix fans feature unique designs with both edge fans featuring 11 fan blades while the central fan has 13. All of these fans have a support ring to increase their stability while the cooler's central fan features a reversed spinning direction to reduce turbulence between the heatsink's three fans.

Another feature of ASUS' ROG Strix model is its support for RGB lighting, which extends down the edge of the graphics card and delivers users a lighting setup which is unlike all prior Republic of Gamers GPU offerings. ASUS' new ROG Strix heatsink also offers users a polished thermal interface, which has "microscopic level" smoothness to deliver the highest levels of thermal transfer. 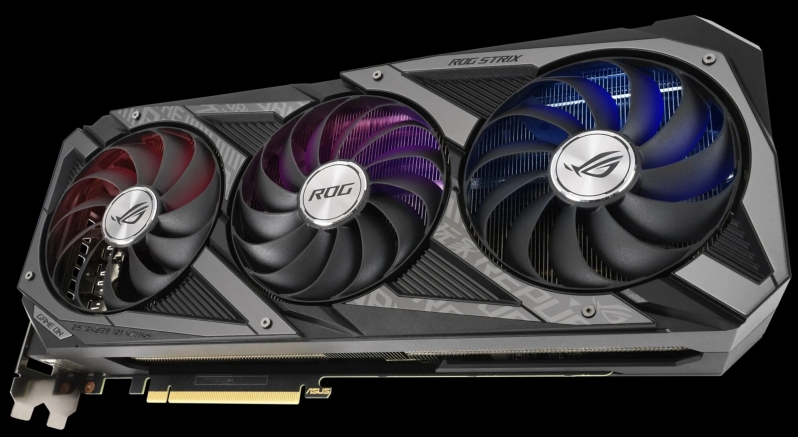 Below ASUS' ROG Strix series is the TUF Gaming, another tripple-fan design that will offer gamers more value for money. While the ROG strix strives to be the best, ASUS' TUF Gaming models are designed to deliver robust power and cooling while also offering consumers a lot of value.

Each TUG Gaming graphics cards must pass a 144-hour validation test before they ship to customers, ensuring that all graphics cards pass ASUS' "military-grade certification process. ASUS' Ampere TUF Gaming models will also feature a DUAL BIOS to allow users to customise their GPU's default performance without the need for software. 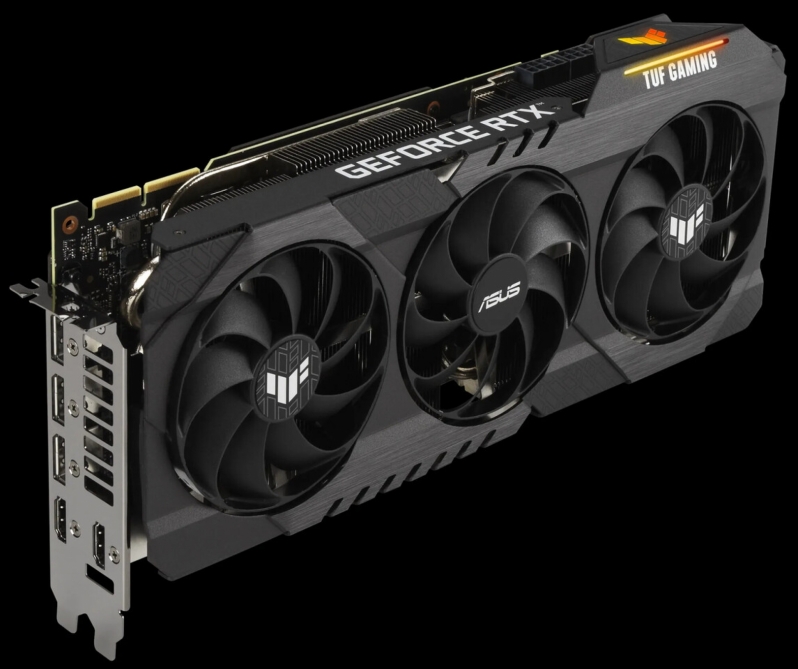 ASUS' Dual model will be exclusively for Nvidia's RTX 3070, melding performance with simplicity to deliver substance over style. While this design is simplistic, it is proven and has been trusted by gamers over several hardware generations over several guises.

With the Dual, ASUS will use its tried-and0true Axial-tech fans to deliver ample cooling performance and utilise ASUS' Auto-Extreme technology to ensure high levels of build quality. This model is designed for gamers who want a great plug-and-play experience without crazy levels of RGB bling or too many unnecessary features. 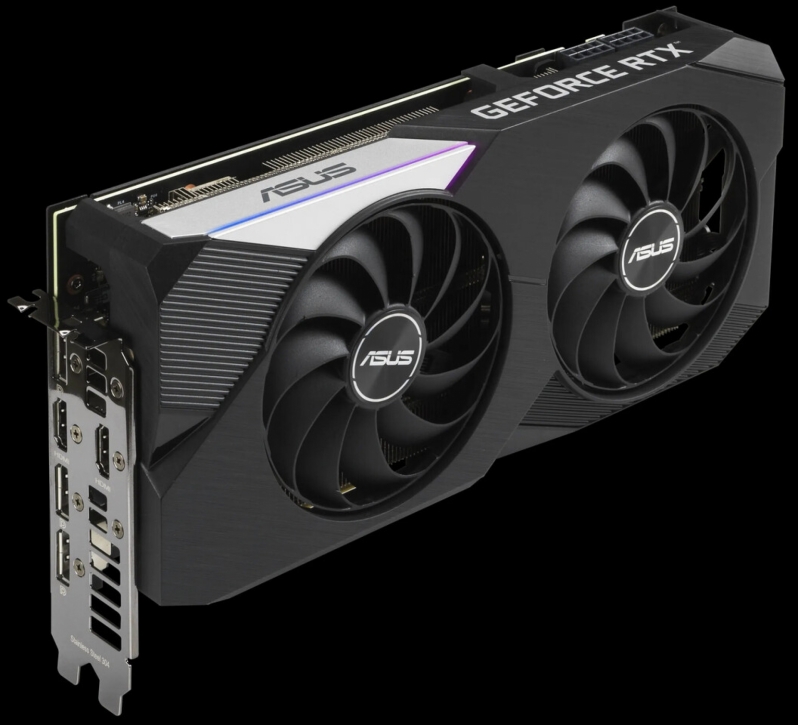 At this time, ASUS has not revealed the pricing or clock speeds of their custom RTX 30 series GPU models. This makes sense, as Nvidia has been working hard to avoid RTX 3000 series specifications leaks.

You can join the discussion on ASUS' RTX 30 series ROG Strix, TUF Gaming and Dual graphics cards on the OC3D Forums.

NeverBackDown
Nvidia surprised everyone with semi sane prices. But here's Asus reminding you just a few hours later that hey don't worry you'll still get screwed over for our ROG cards!Quote

Warchild
Quote:
And now featuring even more unreadable slanting text. But don't worry, you get the same overpriced ASUS tax we always provide to you loyal chumps... we mean customers

For me, I will be keeping an eye on Gainward GS or Palit. They always had the lowest pricing of every gen here.Quote

AlienALX
Quote:
I have this really strong feeling that actual numbers of FE cards are going to be low, and getting one will be very hard.Quote

Warchild
Quote:
I think the same based on what I quoted from Guru3d. Nvidia provided drivers that only worked with their own testing software. Manufacturers dont even know how their cards perform.Quote

AlienALX
Quote:
I don't blame AIBs for being really annoyed over how they did the 20 series. They literally gazumped every bloody one of them with their own cards FFS.

Maybe this time they will take more of a back seat.Quote
Reply