Now, ASUS' ASUS VG248QG, VG258QR and VG278QR are marked as G-Sync Compatible, which means that they offer a wide Variable Refresh Rate (VRR) range of at least 2.4:1, support G-Sync/VRR without blanking, flickering, ghosting or other artefacts and support VRR on both Pascal and Turing-based graphics hardware. 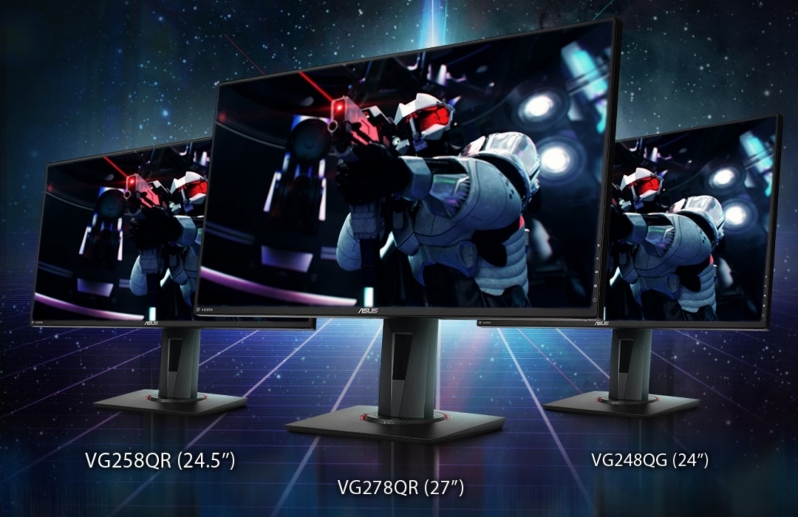 Below is a list of ASUS' G-Sync Compatible monitors, all of which feature a TN panel and a maximum refresh rate of at least 144Hz. Sadly, Nvidia does not offer an equivalent to AMD's Low Framerate Compensation (LFC) technology at this time, which means that Nvidia cannot use framerate doubling techniques to offer wider refresh rate ranges on these displays.

All of ASUS' G-Sync Compatible monitors are already available at retailers worldwide.

You can join the discussion on ASUS' announcement of three new G-Sync Compatible monitors on the OC3D Forums.