When it comes to PC displays there are always some models that push the envelope when it comes to speeds and feature sets, sporting refresh rates that are far in excess of standard display and sports an aesthetic that can be described as more of a work oof art than a functional piece of technology.
ASUS has today announced that their ROG Swift PG258Q display will be launching in February, sporting a maximum refresh rate of 240Hz, support for Nvidia's G-Sync and 3D Vision technology and support for unique features like a built-in FPS counter and visual presets modes for particular game genres.
What this display offers is specifications that are well in excess of anything else available on the market, with a refresh rate that is 4x higher than standard PC displays and 8x higher than the console standard of 30Hz/FPS. 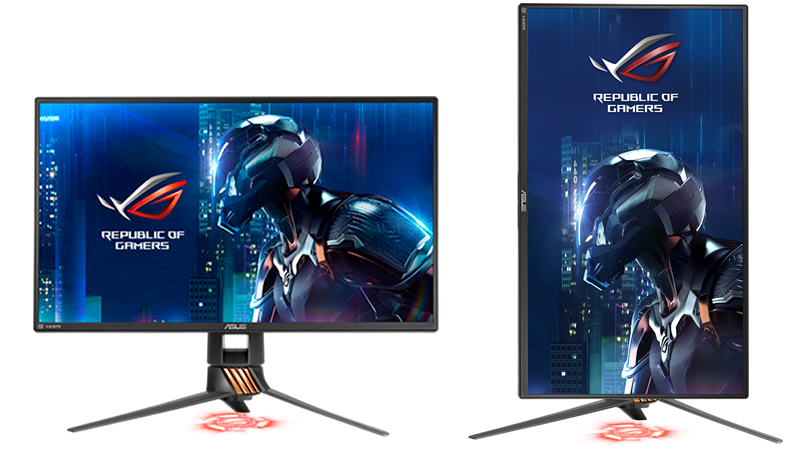 This new display will be ASUS' flagship 1080p display, coming in at 24.5 inches and with ASUS' Titanium Armour and Plasma Copper colour scheme. This display will support Nvidia G-Sync and will have an ultra fast TN display with gray-gray response times of just 1ms, which combined with its 240Hz refresh rate makes this the fastest display on the market.

ASUS' PG258Q will release in February 2017, though at this time ASUS has not announced this display's pricing.

You can join the discussion on ASUS' ROG Swift PG258Q 240Hz gaming display on the OC3D Forums.

tolagarf
Quote:
I love it

Dawelio
Quote:
Each to their own