This is about to change, with ASRock showcasing their RX Vega 56 Phantom Gaming X graphics card, a pseudo-reference design which appears to be visually similar to AMD's reference model aside from ASRock's customised backplate.  Sadly, it seems that this is a painted version of AMD's reference backplate design, rather than a fully custom version.

The cooling shroud on this graphics card also appears identical to AMD's reference model, though at this time it remains unclear what, if any, changes ASRock has made under the hood. 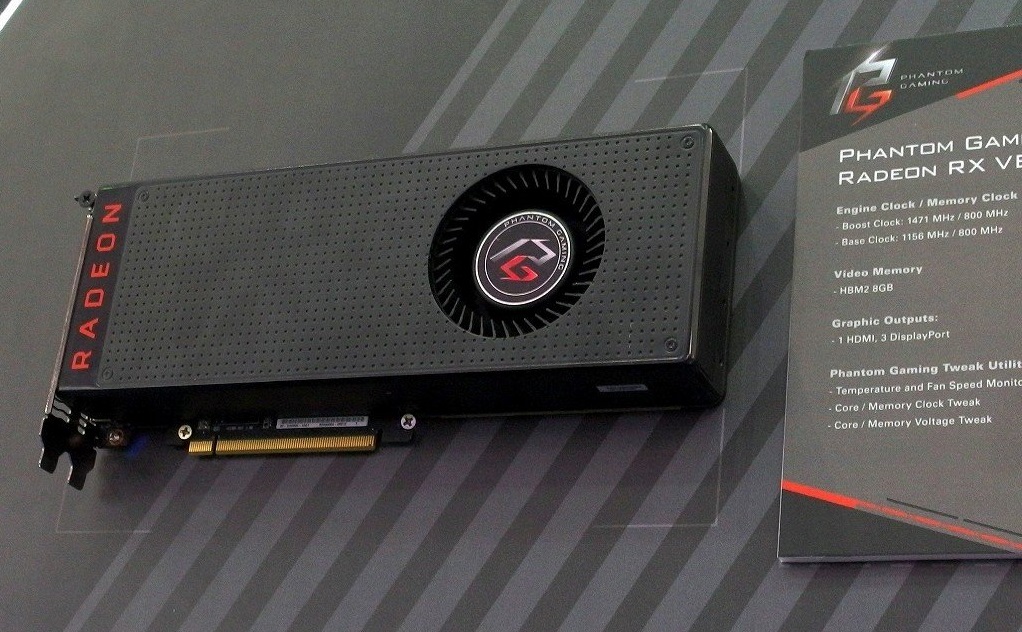 Right now, ASRock is aiming for a July or August release for their RX Vega 56 Phantom Gaming X graphics card, with ASRock claiming that they will offer higher pout of the box clock speeds than AMD's reference model, despite their use of reference cooling.

You can join the discussion on ASRock's upcoming RX Vega 56 Phantom Gaming X graphics card on the OC3D Forums.