Everybody photograph the dinosaur

Ansel gives gamers a lot more freedom when it comes to capturing a moment in-game, removing the restrictions of looking through the game's pre-determined viewpoints to give players a free-roaming camera that can be easily modified at the click of a mouse to add filters, adjust contrast, field of view and even enhance colour vibrancy.

Right now Ansel also offers users the ability to take pictures at resolutions that are higher than your monitor's resolution, providing images that are not only much larger in size but allow small distant details to be much more detailed when you zoom in. No longer will 4K screenshot only be possible with a 4K monitor. 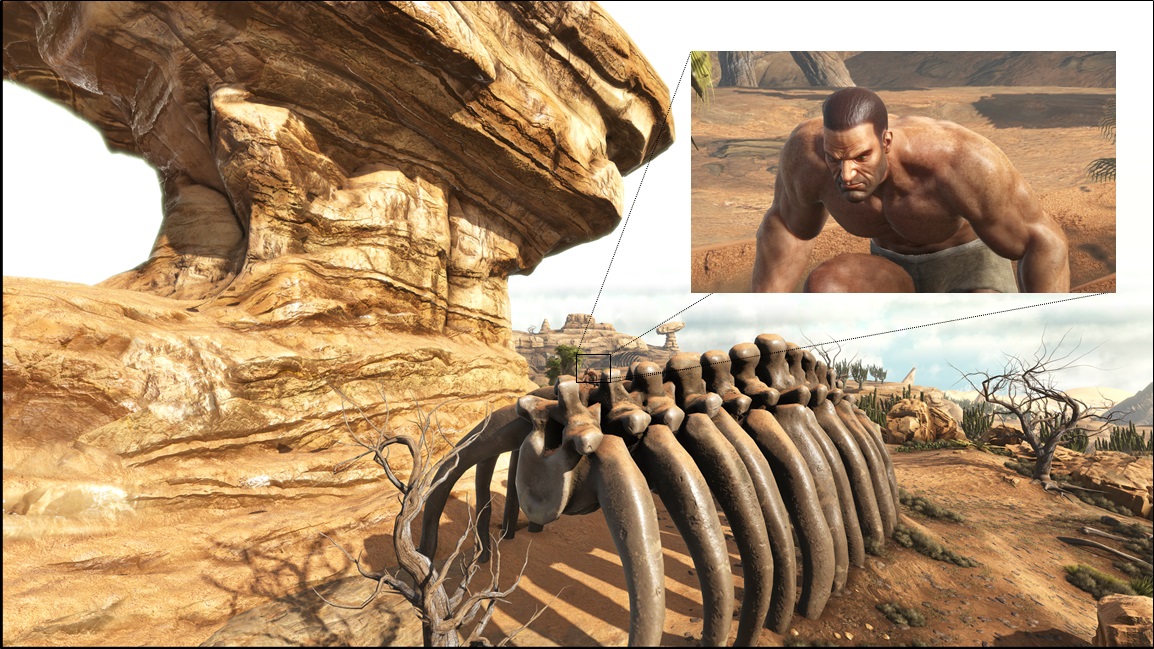 While we at OC3D do not agree with Studio Wildcard releasing paid for DLC for their early access game, where development should be focused on finishing the game, we are very happy to see Nvidia Ansel support get implemented.

Nvidia Ansel is a Nvidia only feature, which means that AMD users will sadly not get access to this new feature.  At this time AMD has not announced the development of an Open Source competitor, but it is certainly something that they should be considering.

You can join the discussion on Ark Survival Evolved gaining Nvidia Ansel support on the OC3D Forums.

Kilbane
Nice to see more games adding Ansel support. Ark can have some pretty epic scenery going on at times. Shame they have lost all respect from me with their new DLC.Quote

Wraith
Quote:
Was running it yesterday on ultra!

Looks amazing. So Ansel makes me happy gonna make for some amazing screens.


Quote:
Owww don't be like that, its all good in the GPU hood.Quote
Reply