Will ASUS consider a MARZ brand for Nvidia?

For the past while, rumours of an AMD-specific AREZ GPU sub-brand has been making waves across the internet. This homage to the ultra-enthusiast ARES series of GPUs was rumoured to be arriving as a result of Nvidia's Geforce Partners Program (GPP), a divisive program which allegedly forces manufacturers to adopt specific Gaming branding for Geforce graphics cards exclusively.

Now ASUS' website has been updated to include an AREZ graphics card webpage, though at this time this webpage does not showcase any new Radeon products.

This sub-brand will reportedly replace ROG/Republic of Games when it comes to Radeon hardware, though this naming scheme will allegedly be used for other Radeon Graphics cards such as the ASUS dual, Expedition and Phoenix series. At this time Nvidia GPUs are expected to continue to use Republic of Gamers branding, with no Nvidia-equivalent MARZ series webpage on the ASUS website. 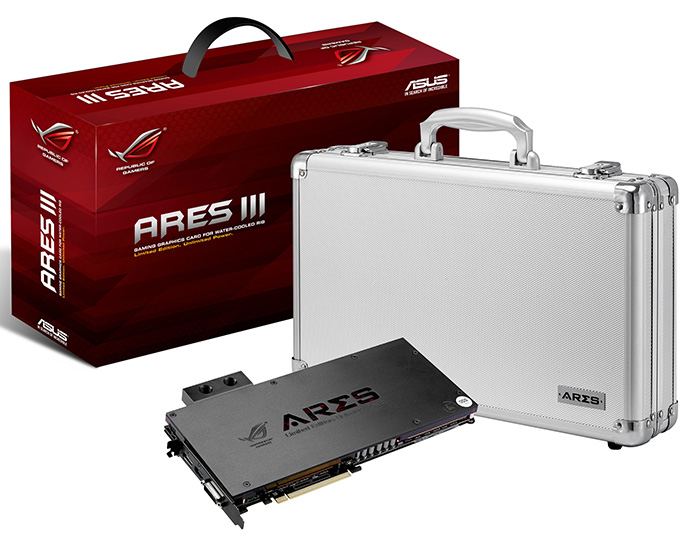 (ASUS has created AMD GPUs under the ARES name before)

Those who have followed AMD/ASUS for a long time will know that ASUS' first ROG series product was their Republic of Gamers CROSSHAIR, an AMD AM2 motherboard which achieved world record overclock on AMD's famed Athlon 64 FX-62 processor. This face makes it extremely sad as the possibility that the ROG brand will be removed from future AMD/Radeon products.

You can join the discussion on ASUS' upcoming AREZ series of graphics cards on the OC3D Forums.
«Prev 1 Next»

NeverBackDown
No ROG for AMD? Wow. Mine as well put the knife in early. It's the most popular gaming brand out there. Good job Nvidia. Exemplary work!Quote

trawetSluaP
It'll no doubt look exactly the same with a different name. I've always loved to the look of the Ares cards.Quote

I personally dont care about having GPUs separately branded, as long as the actual build quality is on par with the Nvidia counterpart. Otherwise might as well skip the knives and go straight for the swords.

RobM
I said this when the news broke about that partnership. they have essentially taken the gaming brands away from the card makers as their own and sadly nothing the card makers can do unless the all did it.
Bad for the industry IMHOQuote
Reply