Apple's moving away from AMD, Nvidia and Intel

In a recent WWDC session, titled "Bring your Metal app to Apple Silicon Macs", Apple confirmed that their graphics silicon would soon sit at the heart of their future Macs. This change will move Apple away from AMD, Intel and Nvidia, and give Apple's devices a unified CPU and graphics architecture that will span from iPhone to Mac.

After Apple's transition to its own silicon is complete, AMD will have lost a major customer for its Radeon products. It is currently unknown if future Macs will support 3rd party graphics cards though external Thunderbolt GPU enclosures.

At this time, it is also unknown how powerful Apple's future graphics silicon will be, or how long it will take for Apple to create discrete graphics cards for its Mac systems. Apple is one of the few companies with the IP and budget to compete within the GPU market, though their technological innovations will be limited to their own ecosystems. This factor means that Apple's GPUs will be of little consequence to AMD and Nvidia; unless Apple can turn Mac into a viable gaming platform. While AMD will lose Radeon sales because of Apple's GPU roadmap, these lost sales won't be a killing blow for the company. 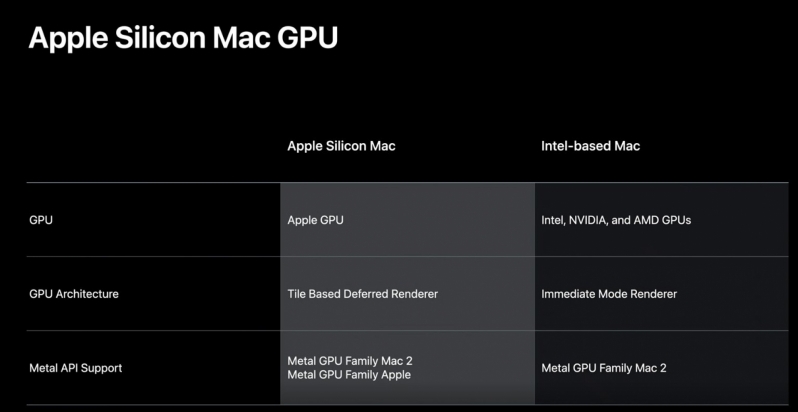 With Apple moving to use its own CPU and GPU silicon for its future Macs, Apple will have gained full control of their Mac hardware ecosystem, allowing their developers to fully leverage any of the unique capabilities that Apple can integrate into its silicon. These capabilities include AI compute, unique hardware acceleration features and other bespoke Apple features.

Unlike PC, Apple's future Macs will feature similar hardware and a similar suite of hardware features. This will allow developers to optimise their software in a way that's impossible on PC's fragmented hardware ecosystem. This will act as Apple's primary advantage within the PC market, forcing PC hardware and software vendors to work harder when competing with the Apple/Mac ecosystem. 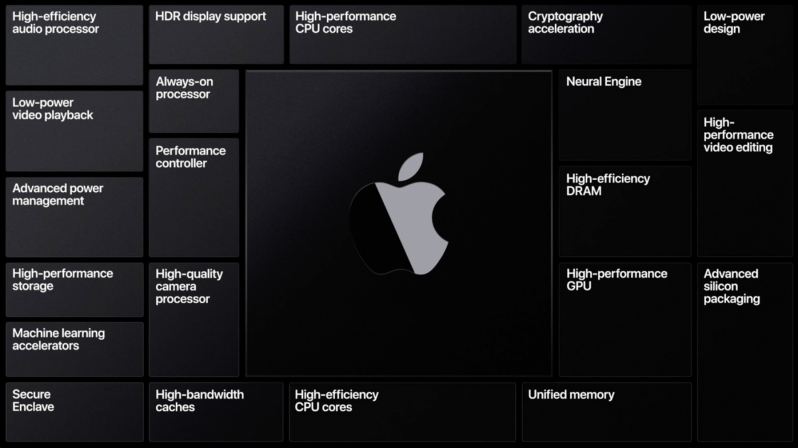 For a while now, Apple has reportedly been working on a "Gaming Mac", though it remains to be seen if Apple's future graphics silicon has what it takes to challenge the Gaming PC market and future consoles. Regardless, Apple's shift to its own CPU and GPU silicon will make Apple a company to watch over the next few years.

You can join the discussion on Apple's plans to move away from AMD/Radeon graphic chips on the OC3D Forums.

NeverBackDown
Only for a few months. Depends on Apple's transition strategy and overall speed in which they are able to support the ecosystem advancing. If they can support devs and have throughout documentation it shouldn't be too crazy of a change.Quote
Reply