How expensive is your PC's monitor? I'm betting that it isn't as costly as Apple's latest offering, their $4,999+ Pro Display XDR. This screen is beastly, but it is by far the most Apple product that the company has released at WWDC.

And what do I mean by the "most Apple". Well, it's premium for premium's sake, with the Pro Display XDR offering an insane 32-inch IPS screen with an unusual 6K (6016x3384) a 576-zone full array local dimming backlight, 1,000/1,6000 nits of sustained/peak HDR brightness (so high that Apple calls this Extreme Dynamic Range (XDR)) and wide viewing angles of 89 degrees in every direction.

For Pro users, refresh rates of 47.95, 48, 50, 59.94 and 60Hz are supported, as well as reference modes for nine of the most commonly used reference colour specs. Simply put, this screen is ideal for professional users, hence Apple's high pricing and incredible specifications. This screen is not for the average Apple user.

Apple fans will know that when Apple says "from $4,999", they mean that you are expected to pay more than that, assuming you want the whole package and no missing features. With the Pro Display XDR, Apple's premium, but necessary, feature is their Pro Stand. This stand costs $999, though those who want to avoid that insane price tag could opt for a VESA mounting kit, which costs $199. Yikes!

What's more concerning is how basic Apple's $999 stand is, Yes, it appears to be well machined and is created using premium materials, but all it offers is support for landscape and portrait display mounting and limited height adjustment. Don't expect better cable management options than typical monitor stands, don't expect swivel options and don't expect anything more than standard -5 to +25 degrees of tilt, a common feature for VESA-like monitor stands. 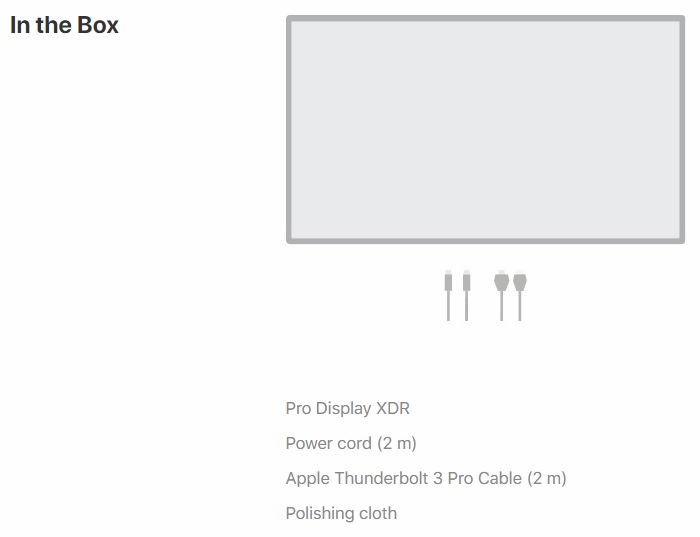 So when Apple asks for $4,999, what they mean is a minimum of $5,198, and that assumes that you already own a VESA compliant monitor stand. Apple isn't shipping their screen with a non-Pro stand, just the monitor, a power chord, a Thunderbolt cable and a polishing cloth. How generous.

While Apple should be commended for creating such a high-end monitor, their sales tactics here are nothing short of horrendous. VESA mounts are standard amongst most professional monitor, not a $199 add-on, and stands are standard amongst pretty much all monitors, not an optional $999 extra. This is a very Apple product, as we are left sitting here both confused and amazed. Don't expect anyone at OC3D to buy this screen anytime soon.

You can join the discussion on Apple making their Pro Display XDR monitor's stand a $999 optional extra on the OC3D Forums.

Greenback
I heard this on the radio last night, isn't the latest mac pro starting at $5,000Quote

Dark NighT
I don't understand Apple at all... Why would you do this lolQuote

g0ggles1994
Quote:
Because they know people will pay for itQuote

hmmblah
The big question is, "Will the stand be available on it's own and can you order more than 1?" I have an old 19" Acer monitor that is just begging to be upgraded.Quote

cooperman
Apple has been on the crack pipe again i see.Quote
Reply