Competitive gamers will always look for whatever advantage that they can get their hands on, be it from using their preferred mouse/keyboard combo to playing the game at lower graphical presets to allow for the faster reaction times provided by high framerates.
On PC today 60Hz displays are the norm and many gamers will simply not accept performance levels that are below 60FPS, but beyond that, there are players that desire even faster response times, faster monitors and faster hardware to bring their game performance to a whole new level.
AOC has now announced their new 240Hz AGON AG251FG G-Sync monitor, which comes with a fast TN panel high response times for a premium gaming experience. Here speed comes before everything else, with 4x the refresh rate of standard 60Hz displays.
This monitor will allow games to be played at higher frame rates and displayed accordingly, providing faster response times and showcase framerates that would have been called impossible a few years ago.
The AG251FG offers unique functionality, offering the ability to run at 1440p 144Hz or 1080p 240Hz, allowing users to define whether they prefer higher refresh rates or higher resolutions on a game by game basis. 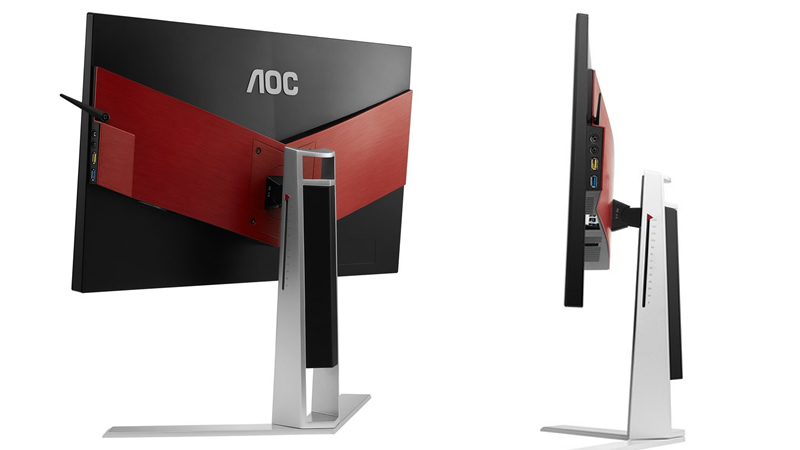 The AG251FG also supports a 4-way USB 3.0 hub, as well as Audio out and Microphone in/out connections. 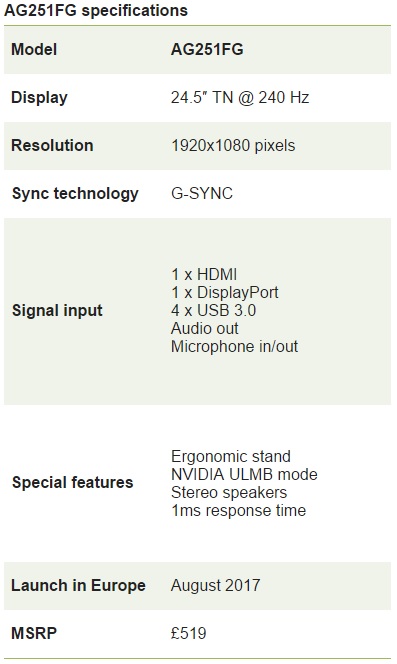 This display is set to release in the EU in August with a price tag of £519 in the UK.

You can join the discussion on AOC's new AGON AG251FG 140Hz G-Sync display on the OC3D Forums.