An AMD RX Vega 56 triple fan Prototype has been pictured

I wonder if there will be any aftermarket designs like this...

An AMD RX Vega 56 triple fan Prototype has been pictured

AMD's RX Vega series of GPUs is almost here, but this morning we have some interesting news regarding a prototype design of what appears to be AMD's RX Vega 56.
This prototype has clear markings that indicate that this is an engineering board, allowing AMD to monitor the GPU using specialised tools and equipment. These markings will not be found on production products, though it is unclear how somebody outside of AMD got their hands on this early GPU sample.
The cooler design here is very similar to that of R9 Fury (non-X) GPU designs, with the GPU itself using a short PCB with an extended triple fan cooler design. This GPU also uses an 8-pin and 6-pin PCIe power connections, which is lower-end than the 8+8 pin PCIe power configuration that is used in AMD's reference design. 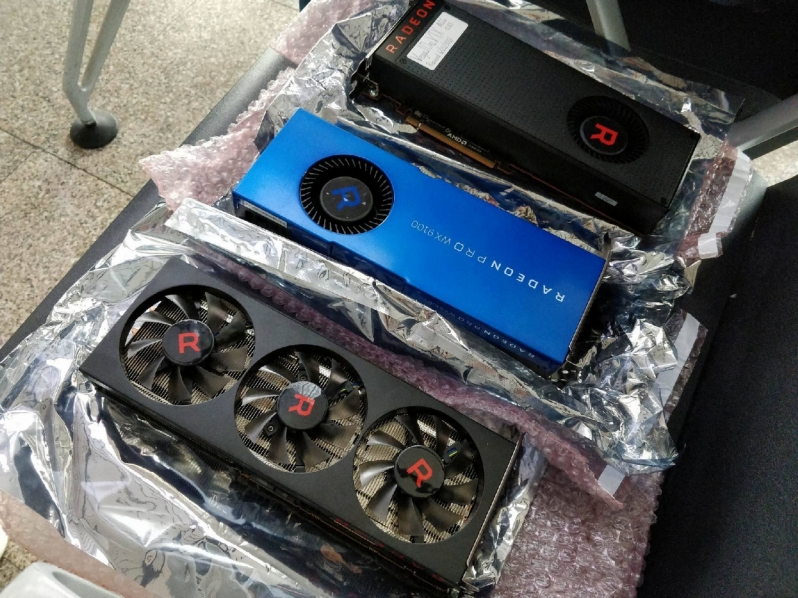 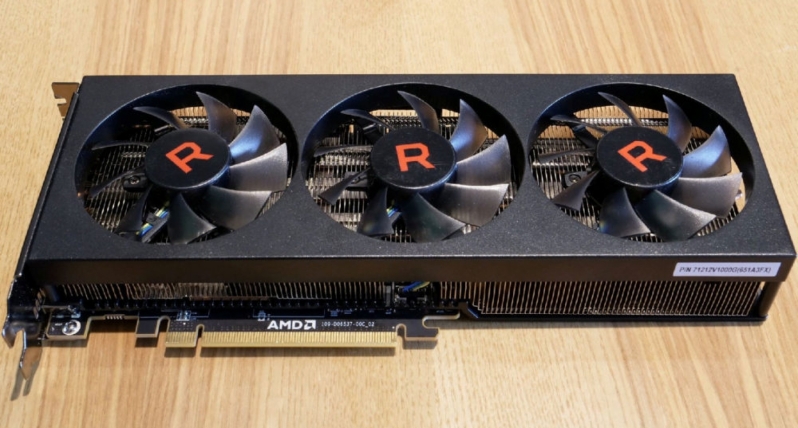 You can join the discussion on this AMD RX Vega prototype design on the OC3D Forums.

AlienALX
I wish they had a Vega logo on the fans instead of that R.Quote

Tolemac
These cards are asking for a waterblock to be put on them taking into account the small size of the pcb.Quote

AlienALX
Yeah should be easy getting them down to single slot too, like the Fury X.Quote

g0ggles1994
Quote:
I was going to say that. I hope AMD do release short PCB versions of it like they did with the Fury. I thought form factor was one of the many reasons for using HBM in the first placeQuote
Reply