AMD slashes their RX 5700 series pricing ahead of launch

AMD slashes their RX 5700 series pricing ahead of launch

AMD's Radeon Navi series of graphics cards are due to launch on July 7th, or 7/7, as the company's marketing material puts it. At E3 2019, AMD revealed the specifications and pricing of their new 7nm graphics lineup, but since then team Radeon has had a change of heart.

Earlier this week, Nvidia revealed their RTX Super graphics lineup, drastically reducing the pricing of much of their lineup while also delivering gamers bumped up hardware specifications. This launch shakes up the GPU landscape and has prompted AMD to have another look at their pricing structure, leading the company to cut the prices of their upcoming Navi lineup.

With Navi, AMD plans to offer gamers better value than the competition and to do that AMD has dropped the price of their Radeon RX 5700 XT by $50, and their RX 5700 by $30, leaving these graphics processors with SEPs (suggested etail prices) of $399 and $349 respectively.

This shift in pricing will bring both the RX 5700 XT to the same pricing levels as the RTX 2060 Super Founders Edition, with AMD having previously aimed the RX 5700 XT at Nvidia's RTX 2070. This means that, at least according to AMD's marketing materials, that AMD's RX 5700 XT should offer higher performance levels in a variety of games, given the card's aims for similar or better performance than an RTX 2070.

The table below includes the specifications and pricing (US and UK (Estimated)) of AMD's RX 5700 series of graphics cards. AMD's Radeon Navi RX 5700 XT 50th Anniversary Edition will be available exclusively at AMD.com. 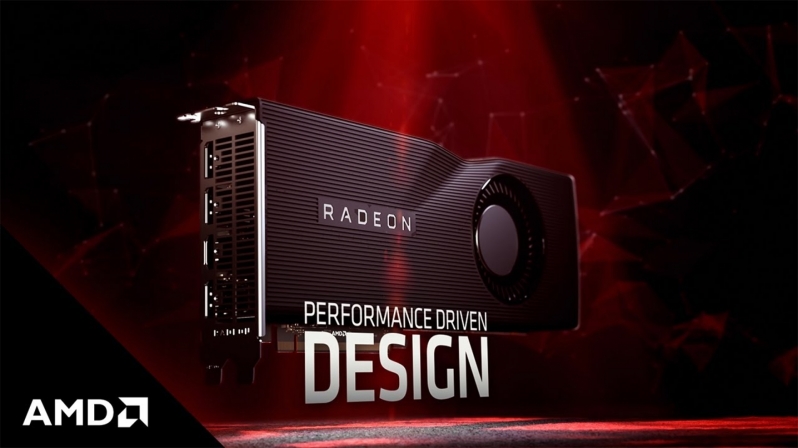 With this pricing shift, AMD has made their upcoming Navi offering a lot more competitive with Nvidia's refreshed graphics lineup. All of AMD's Radeon Navi 5700 series graphics cards will ship with three months of Microsoft's Xbox Game Pass for PC.

You can join the discussion on AMD slashing their RX 5700 series GPU prices on the OC3D Forums.

Also curious if they set prices higher than normal to see what Nvidia would do and then undercut them anyway.Quote

AlienALX
Much more realistic but still more than it should have been, IMO.

And yes before someone says it things like that happen all the time. All it takes is some marketing intelligence, smoke and mirrors and you're quids in.Quote

AngryGoldfish
Quote:
Yeah, I'm thinking that's it. At first I thought they were being greedy trying to cash in on Nvidia's new pricing standards and got bitten by it big time. They still have done that a little, but it looks like they anticipated dropping their prices.

I'll be quite interested in a 5700 or a 5700 XT if I can sell my GTX 1080 for £300 or thereabouts. I know it's totally a side-grade, but I would like an all-AMD build finally and nothing else from either companies interest me.Quote

grec
I don't think this was planned, it's not really a segment shift, more the kind of adjustments we usually get between paper launch and actual launch day pricing(RTX Super prices had a similar change on launch day didn't they?). Seems like the GBP prices have changed by £10-20 from what they would have been. There'd be no point using it as smoke and mirrors because small changes to pricing is the one thing a tech company can change on a dime and NVidia is no different.Quote

AlienALX
Quote:
Deffo wait for reviews because I've seen hints this could be another hot potato. Remember, they're outgunned and outnumbered so they'll have to push them hard and - eeww, blower.Quote
Reply