At the end of their Ryzen 5000 series/Zen 3 announcement stream, AMD showcased their Radeon RX 6000 series for the first time, teasing the power of their upcoming RDNA 2 architecture.

With RDNA 2, AMD promises to the release "by far, the most powerful GPU we have ever built." While AMD has kept most details about "Big Navi" under wraps, the company has released gaming benchmarks for three titles, all of which can run at 4K at over 60 FPS. 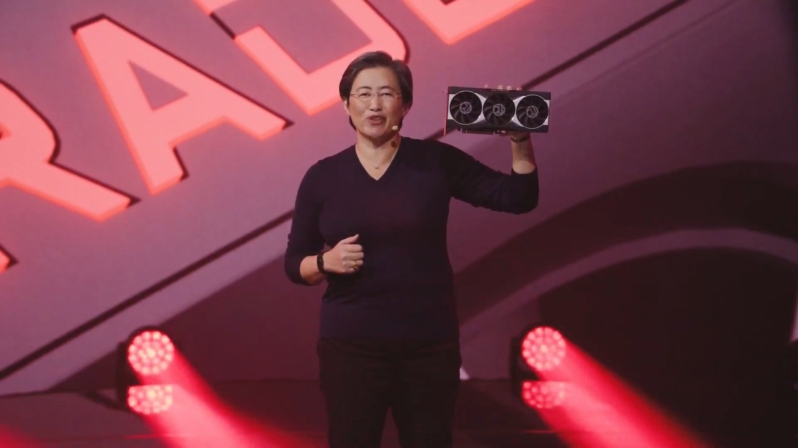 Below we have benchmark results for AMD's RDNA 2 RX 6000 series graphics card, showcasing what we believe are average framerates for each game.

In Borderlands 3 (DX12) at 4K Badass settings, AMD's RDNA 2 graphics card achieve framerates of 61 FPS, 88 FPS in Modern Warfare at 4K Ultra settings and 73 FPS in Gears of War 5. In our RTX 3080 Founders Edition review, our test system achieved average framerates of 58.5 FPS and 75.7 FPS respectively in Borderlands 3 and Gears 5 when using the same settings.

These results paint a favourable picture for AMD's RX 6000 series products, though it is worth remembering that AMD's data are from AMD's labs and were tested using a different test system with pre-release drivers. As such, we would not put much credence into these early performance comparisons. It is also worth noting that both Borderlands 3 and Gears 5 are Radeon branded games on PC, a factor which could be giving AMD a performance advantage that won't be seen with other PC games. 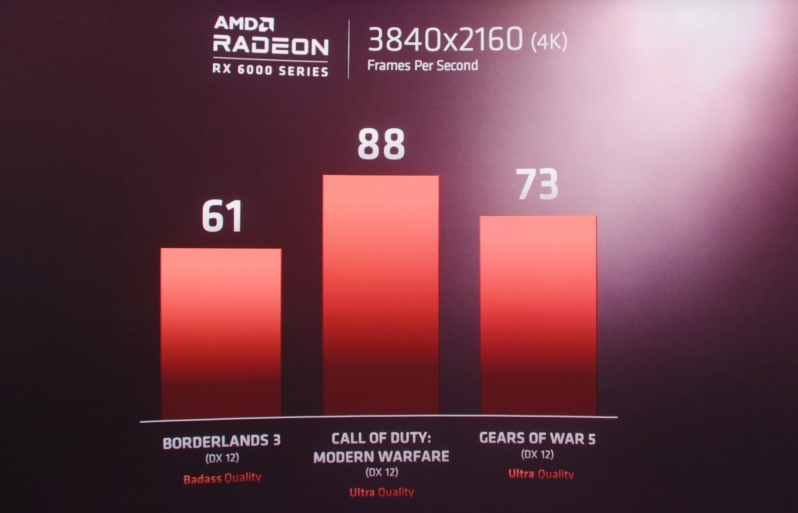 You can join the discussion on AMD's early 4K benchmarks for its Radeon RX 6000 series graphics card on the OC3D Forums. 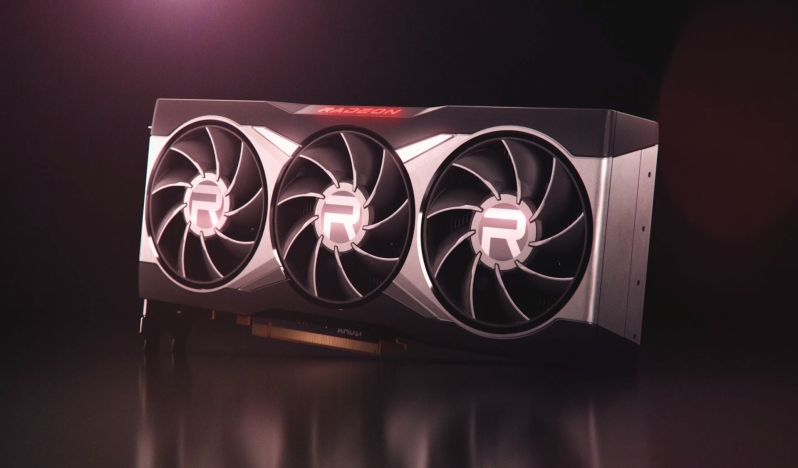 AlienALX
I hope they are sandbagging.Quote

NeverBackDown
If they can match the 3080 as suggested by the numbers OC3D got vs AMD, I will be supremely shocked and impressed. Now we need to see their software and feature set grow if performance is up to snuff.Quote

KingNosser
Quote:
Prepare to be shocked and impressed

NeverBackDown
Quote:
Well remember they used those benchmark results with the Ryzen 5000 series and as they said its the fastest CPU around. So if they were able to just get over 60fps, using anything slower will dramatically lower performance. Need to wait and see how it does on slower CPUs. Nvidia is matching them with presumably slower CPUs.Quote

KingNosser
Yea that could be the case, but it'll be a close run thing, I know i'm excited and overly optimistic but there are people on the other end that feel they wouldn't even come close, so somewhere in the middle is the truth