Rumour has it that AMD's planning to release its next-generation CPU and graphics hardware in October 2020, releasing before Microsoft's Xbox Series X and Sony's PlayStation 5 consoles.

On the CPU-side, AMD plans to release its Zen 3 series of processors, which will make up AMD's Ryzen 4000 series of desktop products. On the graphics side, AMD will deliver RDNA 2, the graphics architecture which will power the next generation of games consoles.

The marketing angle behind this is simple. With AMD, you can upgrade your entire system today to achieve next-generation gaming performance. AMD made the same move on 7/7 2019 with the release of their Ryzen 3rd generation processors and their RX 5700 series RDNA graphics cards. This factor makes a similar move likely with the launch of RDNA 2 and Zen 3.

With AMD launching these products before the next-generation of games consoles, AMD will be able to highlight Zen 3's architectural enhancements over the Zen 2 cores used in PlayStation 5 and Xbox Series X. Similarly, AMD can also reveal high-end RDNA 2 products with more raw performance than both console platforms, giving them some easy "better than next-gen" headlines.

AMD hasn't released much information on Zen 3 officially, but that doesn't mean that we know nothing about the architecture. For starters, we know that Zen 3 will use a 7nm process node, and that this node will likely be an enhanced version of the process used to create AMD's Zen 2 CPUs.

Based on AMD's slides, Zen 3 will support the same SP3 motherboard platforms as Zen 2 and ship with the same core/thread counts as today's Zen 2 series CPUs. AMD's slides also suggest that Zen 3 will deliver users more L3 cache than Zen 2 and feature a revamped cache structure. This cache redesign is likely to lower cache latencies on Zen 3 processors and help make EPYC more suitable for a broader range of enterprise workloads.

When it comes to gaming, this redesigned cache structure could work wonders for AMD CPU performance. Combine this with theoretically higher clock speeds and an IPC boost, and AMD's onto a winner here.

According to WccfTech, and other rumour sources, AMD's Zen 3 architecture will reportedly offer users a 13% IPC boost on average and a 50% increase in floating-point performance. Remember that IPC boosts are always workload-specific, so these gains shouldn't be expected for all workloads. That said, higher clocks will always boost CPU performance. 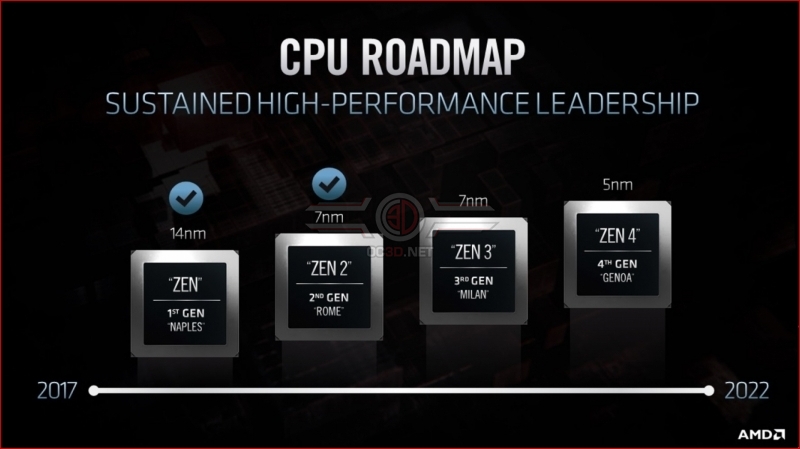 On top of this. AMD's RDNA 2 architecture promises a 50% boost in power efficiency over RDNA, despite using a 7nm class manufacturing process. These efficiency gains are architectural, not (primarily) from process tech improvements, which is an outstanding achievement for AMD.

Looking at the specifications for both next-generation consoles, it is also clear that AMD's RDNA 2 architecture will deliver higher clock speeds than today's RDNA 2 graphics cards, a factor which will no doubt increase the performance of AMD's future graphics cards. 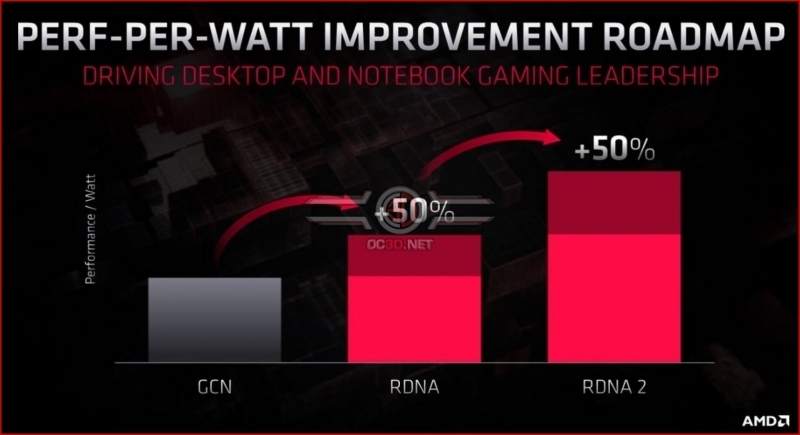 You can join the discussion on AMD's Zen 3 and RDNA 2 products and their rumoured October 2020 release dates on the OC3D Forums.

AngryGoldfish
What with the COVID-19 virus causing so much disruption in the marketplace, I'd be surprised if they can get these out by October simultaneously. If they do, it could be a soft launch with motherboard and AIB partners being well behind in releasing supporting variants. Factories across Asia have been hit massively by the Corovirus. Although counties like Taiwan have handled the virus better than anyone, it's still impacted production.Quote

grec
Quote:
Tape-out for silicon usaully occurs about 18 months before launch, so as with the consoles the initial stages of production should have already been in motion long before the coronavirus stuff, so again I think this will be more a matter of how much stock is available. In terms of actually meeting the dates with *something* things *should* be okay assuming we don't have any major 2nd or 3rd peaks.Quote

AlienALX
It's usually summer and stock usually arrives toward October.

Will have to see what happens I suppose.Quote

AngryGoldfish
Quote:
But that doesn't contradict my point about it being a soft launch, if that's the right term. Motherboard manufacturers are struggling to maintain production. It's not so much the silicon manufacturers, which as you say is likely in full production already, but rather the AIB partners. Everything from shipping to labelling to advertising all could be hit.Quote
Reply