AMD's RX 6900 XT will reportedly be "AMD Exclusive" at launch

AMD's Big Navi flagship will be 'exclusive' and in 'limited quantity'

AMD's RX 6900 XT will reportedly be "AMD Exclusive" at launch

According to sources over at Igor's Lab, AMD's Radeon RX 6900 XT, the company's RDNA 2 gaming flagship, will "exclusive" to AMD at launch and will be available in "limited quantities".

This card will be (for now) AMD exclusive. The Radeon RX 6900XT will be the AMD flagship series, which according to our sources will be in limited quantity

Igor's Lab has also reported that a "very special board partner" plans to release a Navi 21 graphics card with a boost clock speed of 2577 MHz, offering gamers a significant clock speed bump over AMD's recently leaked reference RX 6000 clock speeds. This suggests that RDNA should feature a lot of overclocking headroom. 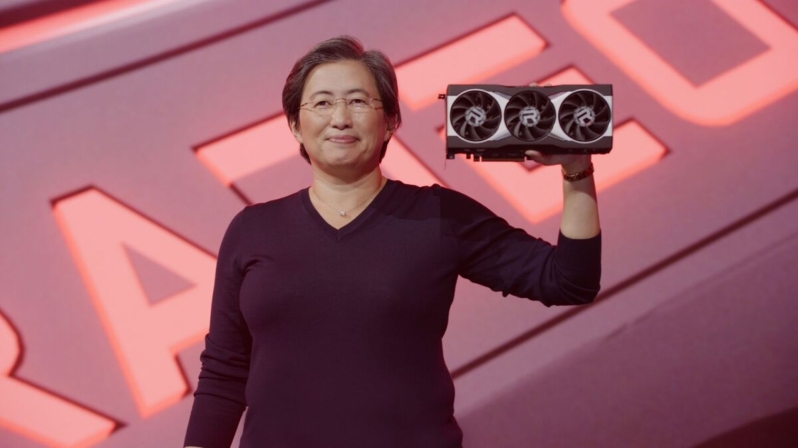 You can join the discussion on AMD's RX 6900 XT reportedly being an AMD exclusive product at launch on the OC3D Forums.

Tolemac
Hmmm will we see another MSI lightning? or will it be Sapphire who is the "very special board partner". This will be interesting to see.Quote

g0ggles1994
Quote:
My guess will be Sapphire or XFX, leaning more towards it being Sapphire.

That being said, I pray to that this is going to be a paper launch and AMD have actual bot and scalper deterrents in place for it.Quote

Nogginthenog
I can't help but think that the key technology that may hold AMD back is DLSS.

There are not enough games with ray tracing to really affect choice either way, but DLSS has real benefit, especially those wanting to game on their 4K TVs.

I hope the announcement includes an AMD option for similar functionality.Quote

Dicehunter
Limited quantity, So basically only reviewers getting cards and maybe a handful of actual customers, This year has been terrible for GPU launches.Quote

looz
Well, at least it's very similar to other RDNA2 cards so top AMD fans don't have to endure another VII. As in, it probably won't get second class treatment driver wise.


But it does seem like VII in many other respects - limited stock, outlier in line-up and rumoured fairly high power usage. Halo product which will compete against Nvidia's highest end "regular" card.Quote
Reply