Nvidia's GTX 1650 is having trouble competing with AMD's Polaris offerings

Nvidia's GTX 1650 graphics cards have now launched, and while they are a competitive offering when compared to the company's GTX 1050 and GTX 1050 Ti, the same can't be said when they are compared to AMD's existing Polaris offerings, like the RX 570 and RX 580.

There are two ways you can look at this graphics card comparison, but both ways come down to power, in terms of raw compute performance and regarding power efficiency. Yes, Nvidia's GTX 1650 will consume much less power than AMD's ageing Polaris offerings, but in terms of compute performance, AMD's RX 570 and 580 are difficult to match given their current pricing.

With Nvidia delaying reviews of their GTX 1650, by preventing PC publications from accessing GPU drivers until launch, we are sadly unable to compare Nvidia's GTX 1650 to AMD's RX 570 and RX 580 graphics cards. Even so, given Nvidia's official data, their GTX 1660 is around 44% faster than their GTX 1650, which is a gap that is more than large enough for the RX 580 and RX 570 to slip into.

When looking at the GTX 1650's pricing yesterday, we found that all custom cards with twin-fan coolers shipped for prices of £158.99 or higher, a price tag that is higher than ASUS' AMD RX 580 Dual 4GB, which is currently £154.97.  For around £12 more (£167.99), 8GB RX 580 graphics cards are also available, which is great news for those who prefer high-resolution textures or want to push for 1440p gameplay in some titles. In the low-end of the graphics market, AMD's Polaris offering still deliver plenty of value. 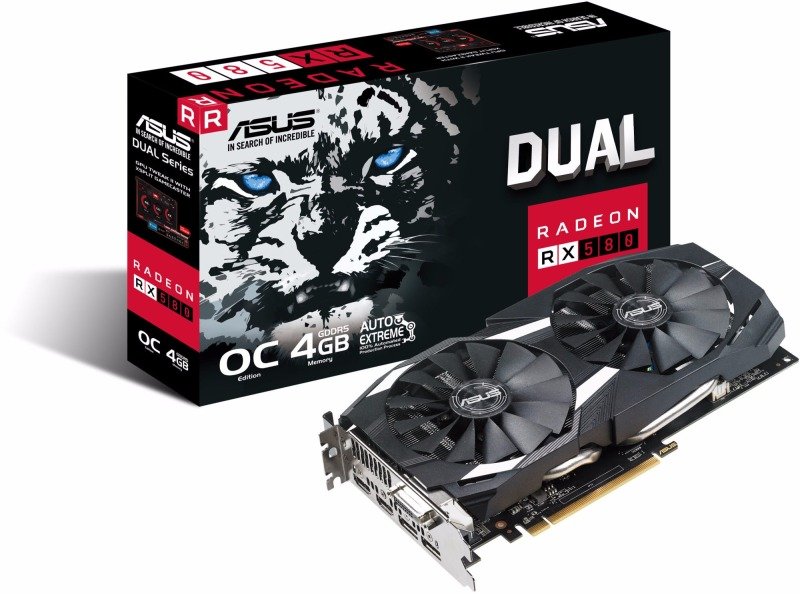 Our review for Nvidia's GTX 1650 should be ready within the next few days, but with Nvidia's performance data in mind, it looks like AMD's ageing Polaris offerings will make Nvidia's latest low-end GPU a run for their money.

You can join the discussion on AMD's RX 580 giving premium GTX 1650 graphics cards a run for their money on the OC3D Forums.

NeverBackDown
Polaris was and still is a good architecture. My brother still rocks a 480. Does it's job very well for him.Quote

AlienALX
Yeah I'm a big fan of Polaris. The 400 series went down well for budget gamers until mining happened, but they are much more affordable now thankfully.Quote

looz
I guess in that price bracket Nvidia's brand recognition drives the sales so well that there's no need to price match the Rx series.Quote

WYP
Quote:
TBH the GTX 1650 has me thinking "It looks like AMD wasn't wrong to keep Polaris on the market for so long". The RX 4/570 had to compete with the GTX 1050 Ti and now the GTX 1650. Even then AMD is still doing quite well competitively.

It's just a shame that AMD can't do as well in other segments of the market. They need to release Navi soon and Navi needs to do well. I don't want to wait for Intel to have a fully competitive GPU market again.Quote

NeverBackDown
All their money went to Zen. So it'll take a few more years probably before they are able to finally get around to giving their GPU branch more R&D.Quote
Reply